Home FEATURES “Experience” the photo frame – L.I.F.E.: a luminous frame that speaks to...

I got to meet a maker who can actually help with this: Joep Klunhaar (28). He is a designer who works in various fields (logo designing, websites, illustrations, and many other places that require creativity). One day, he came up with this idea of a luminous photo frame that interacts with people who touch it. He built the first prototype, called FREEMPIE, and presented it at GLOW in 2015. “It was a great success”, says Klunhaar, “a lot of visitors at the festival made pictures of themselves while standing in the product”. FREEMPIE was in the newspapers and even won a photo prize. After the success, he decided to build a new frame, a better and more interactive version called L.I.F.E. 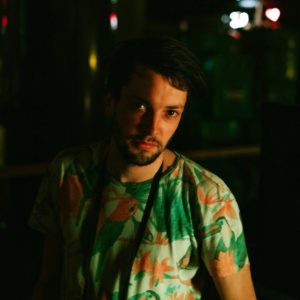 Success of FREEMPIE, the early version of L.I.F.E.

L.I.F.E. is a frame with light, sound, and sensors attached that reacts to the surroundings. It is not something you just appreciate from far away. Combined with technology such as lights, sensors, and A.I. (artificial intelligence) voice, you get to interact with it. For example, when you touch it, the lights change their colours or you can talk with it).  This means people can actually “experience” the photo frame when taking pictures in it. Therefore, it is called L.I.F.E.: Luminous Interactive Frame Experience. “It will create new interactions with friends and total strangers”, Klunhaar says. “The technology inside the frame enhances this, to create new exciting situations every time, anywhere.” 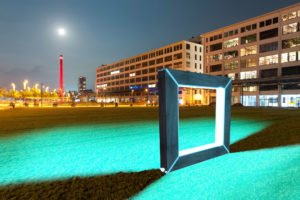 It is decorative, interactive, and open-source

The most prominent value of L.I.F.E. is that it is very decorative. Parties and events, for example, can place the product at the venue so that people can have fun using it, which will make the event itself more enjoyable. Klunhaar is planning to adopt special effects in L.I.F.E. If you touch it, then it will emit smoke, dry ice, or bubbles. “Those special effects will enhance the decorative side of L.I.F.E. even more”, says Klunhaar. “L.I.F.E. can be used in many ways, such as a light show, a photo booth, a DJ booth, and much more”.

Another outstanding feature is its interactivity. With the attached sensor, the product will react to people who touch it. Apart from changing colors, Klunhaar is planning to adopt artificial intelligence into this project as well so that it can speak to people. “The frame would sense that you are close to it, and start talking. Maybe something pre-recorded. You talk back, and from the frames’ database, it will know how to answer”, says Klunhaar. “By interacting, you get to appreciate the art more. That is why interaction is important in this project”.

Klunhaar emphasized that the L.I.F.E. is open to everyone to take part in developing the idea. “It is something that can be used in many ways for many purposes”, says Klunhaar, “As long as it is being developed to advance its features, it gets better and better. Anyone can help with this because it is open-source”. The project induces others to take part in developing the idea.

Klunhaar specifically chose to crowdfund as a way to finance the project. That way, anybody can contribute to the project, which means that anybody can influence the development of the project. Depending on the investors’ taste, the frame can be made into all kinds of shapes, and different functions can be adapted to each L.I.F.E. product. “If you get to see L.I.F.E. standing in some events or in the city, you will feel more engaged as you directly influenced the development of L.I.F.E.” says Klunhaar.

Their goal is to collect 7000 euros. Once it is achieved, he will build the product and display it at events and parties for the publicity. “I hope L.I.F.E. gets hired by many festivals and different kinds of parties such as birthdays and weddings”, says Klunhaar. “That way, the first L.I.F.E. will start generating income and more versions with different shapes and effects can be built. I am hoping to expand the business in a larger scale”. 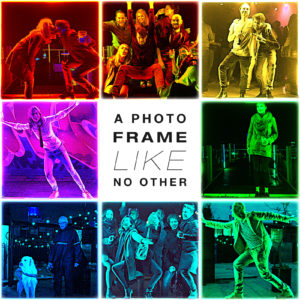 Contribution to the city of light

Klunhaar explained the connection between the idea and the fact that he is living in Eindhoven. “After all I grew up in the city of light. I am also a fan of Philips and their products. They utilize light in a very special way. I want to give it a shot too!”

Imagine that Eindhoven displays this product in the city center and around the train station. You get to see everywhere that people are touching L.I.F.E., and talking to it while taking pictures in it. It will contribute to Eindhoven standing out more as the city of light, as the city will get to live more by its nickname. Once Eindhoven improves its uniqueness, it may attract more tourists. Moreover, it will make the city more interesting not only for visitors but also for people living in Eindhoven.