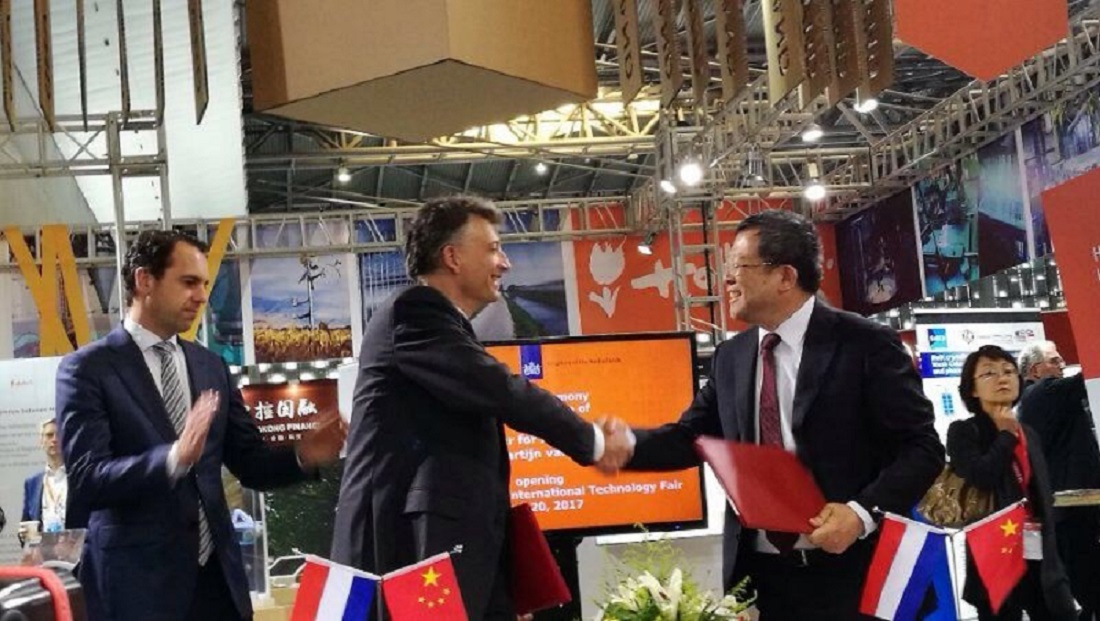 Solliance, the venture behind Solaroad, the world’s first road that converts sunlight into electricity, will team up with solar cell manufacturer Hanergy Thin Film Power. The parties signed today a Memorandum of Understanding, with the intention to develop integrated solar solutions for buildings and infrastructure. The first product they aim to bring to large scale industrial manufacturing is pavement with integrated solar cells for. SolaRoad.Huib van den Heuvel, director of Solliance, noted that the combination of the robust and high-performance flexible solar cell material and industrial manufacturing opens up new opportunities, such as prefabricated roofing and façade components.

Signing of the MOU took place at the Holland Pavilion on the China Shanghai International Technology Fair (CSITF) where the Netherlands participates as country of honour in a green technologies innovation mission. High level officials from the Netherlands and China attended the ceremony, including the Dutch Secretary of State for Economic Affairs Martijn van Dam.

Solliance is a research organisation that was founded in 2010 as a joint venture of ECN, TNO, Holst Centre and imec. Its partners from academia include  TU Eindhoven, University of Hasselt, TU Delft and Forschungszentrum Jülich. An important supporter of the initiative is the Province of Noord Brabant, which enabled the initiative to take form with a grant of 28.2 million euros.

Hanergy is manufacturing a broad portfolio of flexible thin film solar products, among which the flexible CIGS film from Global Solar, a company which was acquired by Hanergy in 2013.