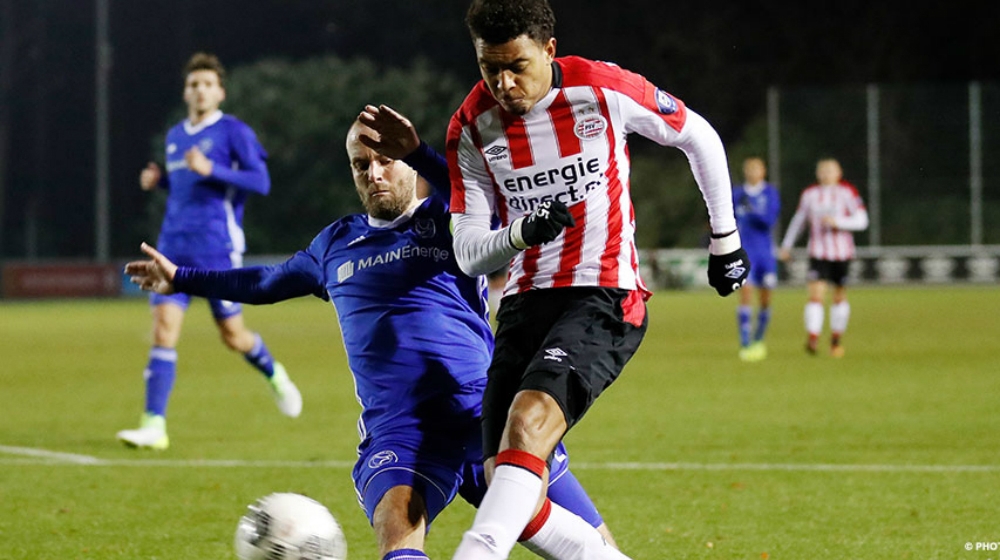 After a season that got rewarded with national title number 24, it’s obvious several players will make a move to a bigger club in a bigger competition. But what about the substitutes and upcoming talents? In part 3 we describe the ones that made the most minutes so far.

13. Eloy Room: came to Eindhoven to replace Jeroen Zoet, but Zoet didn’t make the transfer he wished for so Eloy had to compete with the goalkeeper that was competing for first goalie of the Dutch national selection. So either Room – himself the first goalie of the national selection of the Dutch Antilles – is now the perfect replacement of the latter because he has had a full year to get used to the club, or he turns out to be just not good enough.

PSV can chose to make way for their own youth and let Luuk Koopmans and Yannick van Osch move up a place in the ranking. Hidde Jurjus will also come back after a not so good season on loan at the relegated Roda JC Kerkrade. If the club decides to get serious replacement for Zoet, Room will seriously have to consider how much longer he wants to fight for a place in the basic eleven.

3. Derrick Luckassen: came to PSV with a lot of expectatations, but had to deal with a lot of dissapointment. The AZ Youth product has a lot of potential, but is also very restless and needs more polishing. With Isimat being another restless central defender, it became a logical choice for Cocu to put Daniel Schwaab in the basic eleven, showing Luckassen his place on the bench.

Luckassen got a couple of occasions to show his worth, but complained about the fact he couldn’t play on his favorite position. Combine that with a dose of bad luck and you get the picture of a 22-year old’s first season in the top of the Dutch Eredivisie. However, the alltogether 22 appearances in his pocket and with a full season on 3 levels ahead, it wouldn’t be smart to move away now. He will get his chance and should prove he was right to sign at PSV in the first place. 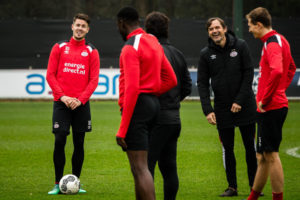 50. Armando Obispo: came to PSV at age 7 and played for all the youth teams at the Academy. Made his debut at the Under 21 last season, became a strongholder there this season and debuted for the A-selection in the Eredivisie last March, 12 days after his 19th birthday. A left footed central defender that will most likely compete for that position with newcomer Nick Viergever, the 28-year old with 194 matches Eredivisie experience.

For a youngster like Obispo, it’s a must and fantastic opportunity to learn from experienced players like Schwaab and Viergever, who are also mentally very strong. This way he can make more minutes for the A-selection without carrying too much responsibility at once and feel free to play his own game and be able to make mistakes. The only other person in front of him now is Isimat, who only has a contract for 1 more year.

32. Kenneth Paal: came to Eindhoven at age 13 and is another product of the PSV Youth Academy. Started as a midfielder, made his debut for the Under 21 in 2014 and for PSV 1 in August 2017. Cocu moved him back a line and told him to focus on a position as left back ever since. He now played 88 matches for the Under 21 and scored 5 goals, the question is now if Cocu considers him to be the serious new substitute on the left back position for this season.

If PSV attracts a new left back – which is almost certain when you consider Arias and maybe Brenet to make a transfer – Paal could either try to make more minutes as substitute, or try his luck elsewhere for 1 season and come back more experienced next season and fight for a place in the basic eleven. Considering the very few minutes he got this season the question is why Cocu would change that in the coming season.

16. Dante Rigo: another kid from the club, came to Eindhoven in 2007, when he was only 8 years old. Raised at PSV’s Youth Academy, this Belgian midfielder has golden feet and could maybe be compared with Tony Kroos a bit. Made his debut for the Under 21 in 2016 and played 50 matches ever since, and made his debut for PSV 1 in 2017. Maybe if Cocu didn’t have to switch the system and had less midfielders available last season, Rigo could have gotten more chances.

If Cocu switches back to the old system, Rigo is the guy to fill in for Hendrix in the coming season. However, Pablo Rosario also can take that spot, so it could be smart for the Belgian talent to play on loan in the Eredivisie and come back after next season. If he stays, it will be interesting to see how much minutes Cocu offers him.

29. Albert Guðmundsson: came to Eindhoven in 2017, when he had just turned 18. He played 63 matches and scored 28 goals for the Under 21 and played 12 matches for PSV 1 in total already. The Icelander is also part of the national selection of his country during the World Championships in Russia, next month.

Whatever happens on the World Championships, it is sure that he wants to take things to the next level when he comes back in Eindhoven. Either he gets a serious chance at PSV, or wants to try his luck elsewhere. If he gets some minutes in Russia, this opens doors for him to other clubs, so it’s interesting to see what his decision will be.

47. Mauro Júnior: came to Eindhoven last summer, but has been connected with PSV since 2013. He did an annual internship in Eindhoven, stayed at a guestfamily and participated in several youth tournaments with PSV. This way he could get used to the club and the environment and still be at home in Brazil with his family and focus on football and school primarely. In May of last year, he turned 18 and finally could sign the contract both him and PSV have been looking out for for so many years.

The now 19-year old always had his mind on playing for PSV because his fellow countrymen Romário and Ronaldo played here, is absolutely happy to have made his debut and far from ready to leave. Especially with a possible transfer of Gastón Pereiro, the possibilities for him to make more minutes only grow bigger. It’s therefore very unlikely that he will make a transfer anytime soon.

35. Donyell Malen: was raised at the Ajax Youth Academy, then moved to Arsenal at age 16 but decided he would have a bigger chance to break through at PSV. He signed in Eindhoven last summer, and did exactly what he came for: convince the technical staff of the Under 21 team with 13 goals and numerous assists in 22 matches and then move on to the A-selection. Head coach Phillip Cocu gave him playing minutes 4 times already, and it’s obvious Malen isn’t going for much more in the coming season.

With Lozano and Bergwijn in front of him in the hierarchy, PSV has two wingers that Malen can replace when needed. And it will be needed sometime during all three competitions that are coming up: the Eredivisie, the KNVB Cup tournament and possibly the Champions League. In other words: Donyell is here to stay and make everyone say ‘He came, he saw, he conquered’.

14. Sam Lammers: came to Eindhoven at age 13. Played for all youth teams since 2010 and scored 30 goals in 63 matches for PSV Under 21. He didn’t get that much more minutes from Cocu than the season before, so he obviously will consider a season on loan at a different club in the Eredivisie, and rightfully so. It’s important for Lammers to make more minutes, but the step to PSV 1 appears to be too much for now.

Which club he could go to would all be speculation, but a team from the mid or low section of the Eredivisie would be most logical. For him goes: playing is more important than winning.

This article is part of a triptych. For an overview with the players from the basic eleven, read part 1 here and part 2 here. And keep checking back for updates, because it’s gonna be a busy (transfer) summer for sure!