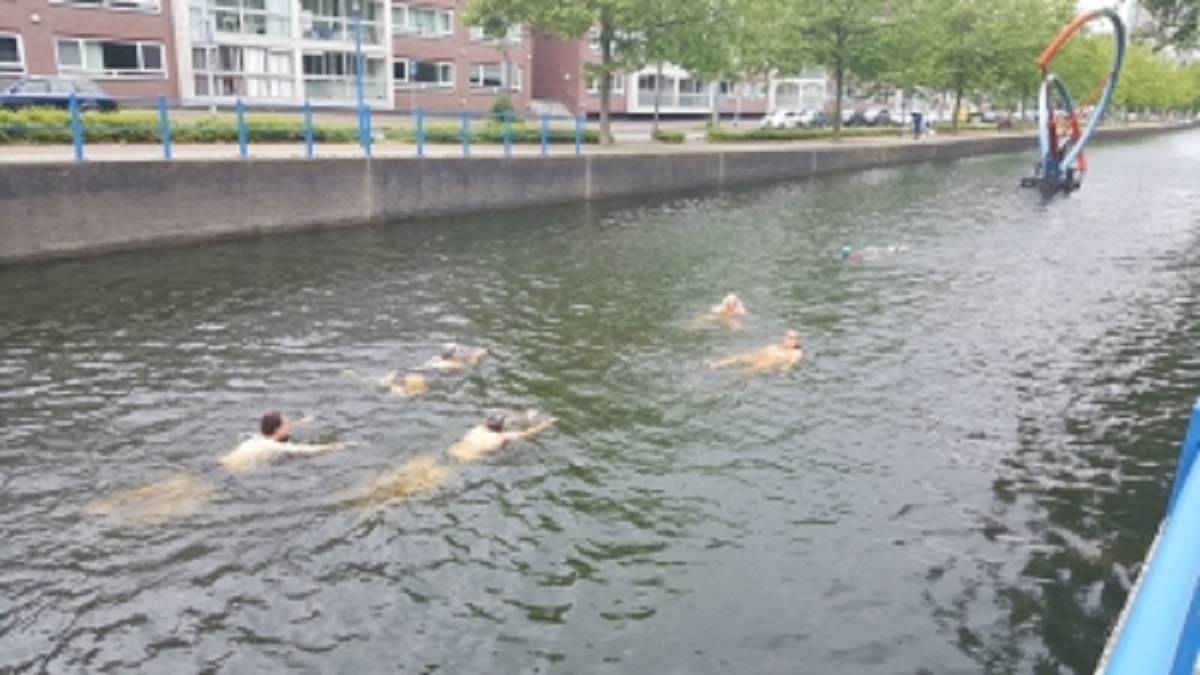 More than 100 participants will swim in the Eindhoven Canal on Saturday to raise money in the swimming event ‘Swim to Fight Cancer’.

The participants have raised EUR 40 000 so far in donations for scientific research into cancer. For a couple of months the participants trained daily to swim the two kilometers in the canal. The city council in cooperation with Waterschap de Dommel, the Regional Water Authority, tested the quality of the water, especially for this occasion. Water plants and large objects were removed. Rescue teams from the region will be present at the event.

The participants will swim individually or as part of a team. They will start near the DAF works and finish at Havenhoofd near the NRE-building. At the finish they will be greeted festively, and there is ample space for visitors and supporters.

As soon as the last swimmer finishes the total amount raised on this first edition shall  be announced. You can donate until 1 October.

This is the first time Swim to Fight Cancer is in Eindhoven. Before Eindhoven, there were already succesful editions in Den Bosch and Dordrecht.