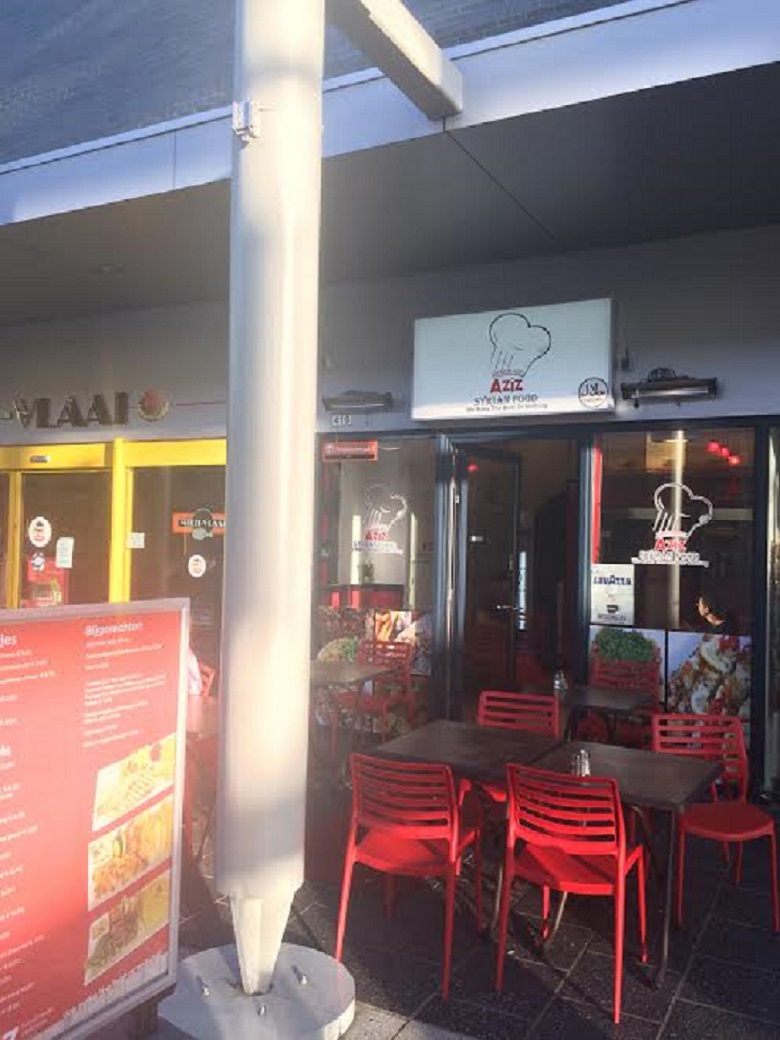 Aziz Khedrou is one of the many who had to flee his homeland; but not one who gives up in tough times. He has opened the first Syrian restaurant in Eindhoven based on a “we make the best or nothing” motto.

Aziz started working in restaurants from the age of 15 to fund his education. Now he has put his 13 years of experience into a restaurant he characterizes as “different”, where he has put time in preparing homemade food. “It is difficult but I see smile on faces as they taste my food and that is my reward”, says Aziz.

The food is definitely worth a try. Many Syrian dishes are on the menu; the silky smooth Humus and crunchy falafel are one of a kind. Tender juicy Shish (grilled marinated pieces of chicken) and cutlet with spiced rice are unforgettable items of the Mix Grill dish. Syrian Kibbeh is a delicious experience when dipped in a special light tahini sauce.

Aziz’s message for people in his situation is to be honest with themselves and see what they have inside, seize the opportunities, take the risk, and go for their ambitions. “When you trust yourself, you can do it”, Aziz says.