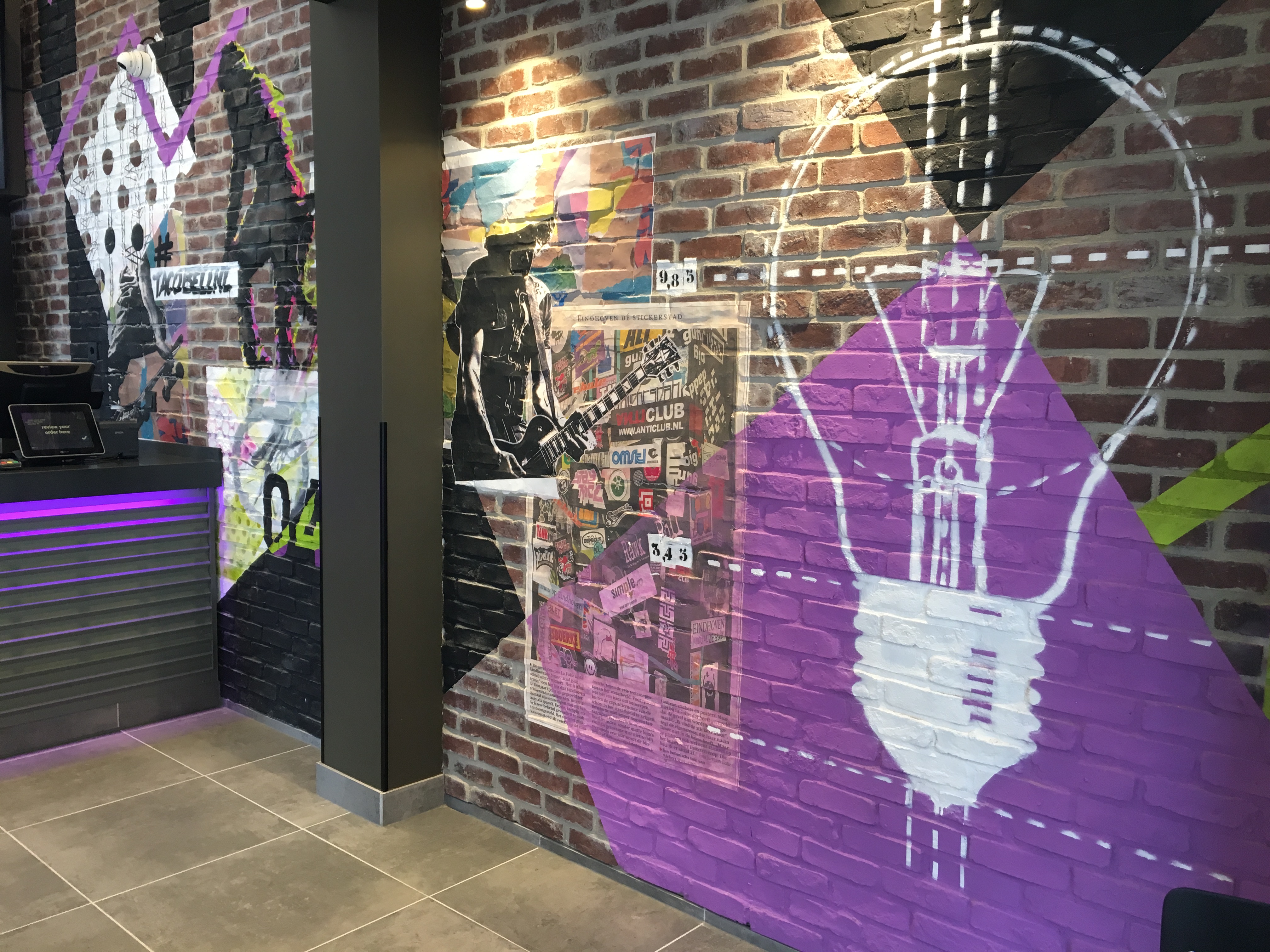 The first Taco Bell in Netherlands opened today in Rechtestraat, Eindhoven. It was welcomed by a long queue of customers. The company plans to open 20 more location in the country the coming 4 years.

Staff was trained to handle the first days’ rush and they have been doing well. Especially since it is an open kitchen and everybody can see exactly what they are doing. But according to Ellen Gault, the marketing manager from UK, staff like to be watched. Like this they feel a part of the restaurant.

The interior is adapted to the Eindhoven look by adding graffiti to the wall from artists Pim Bens and Emil van der Wijst. They collaborated in their painting in accordance with Eindhoven tradition.

Telephone chargers are attached under the tables and lounging areas are present for more comfort. Quite different from the first Taco Bell in San Bernardino (California) in 1954.

According to Taco Bell, the restaurant in Eindhoven is unlike any other country, since it nods to the company’s Southern California roots mixed with a contemporary aesthetic. The menu features both the traditional Taco Bell meals and local adaptions.

The opening comes after years of the American, Mexican inspired company being established in UK and Spain. According to the Taco Bell spokeperson, there was demand from the social media for Netherlands being the next country to open. “Eindhoven is a city with a lot of unique individuals who are young, and young at heart, which is the perfect fit for the ‘first’ Taco Bell in the Netherlands. With institutions like Dynamo and the Design Academy, there is so much creativity that makes the city of Eindhoven dynamic and diverse which is aligned with our drive at Taco Bell.”

At 21:00 the first day came to an end. Tomorrow another day.