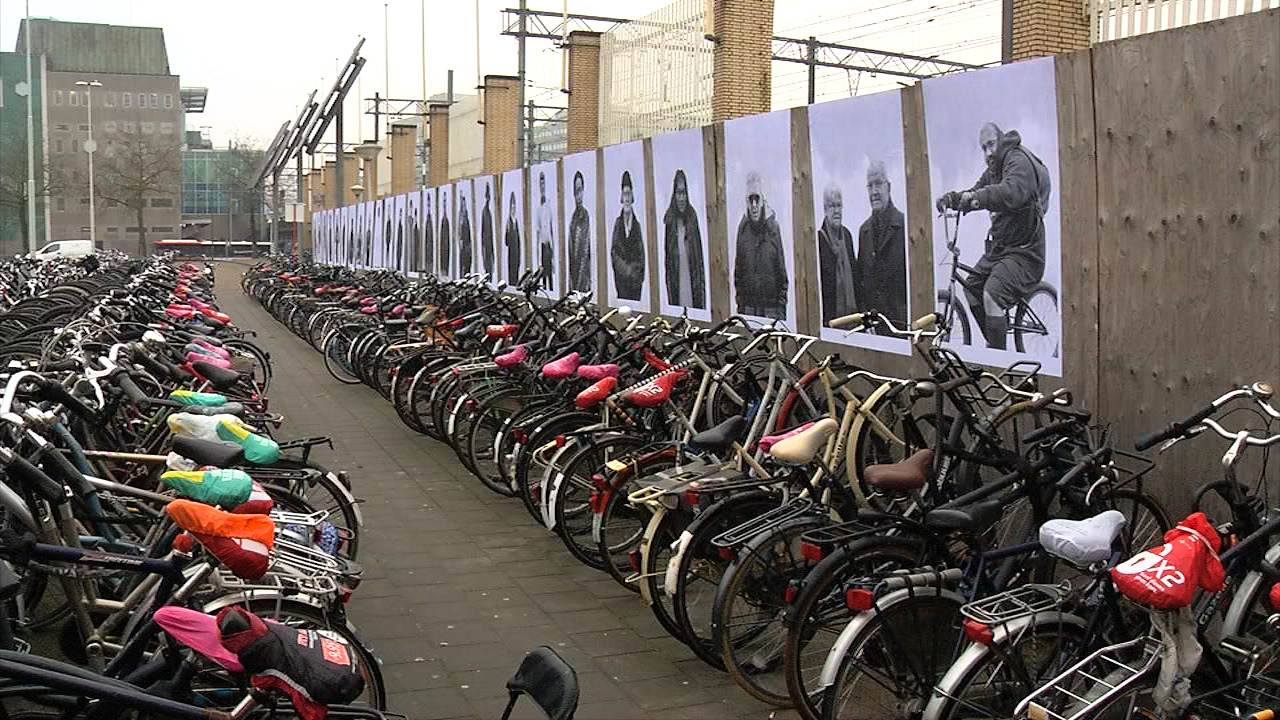 There are 36 life-sized portraits of visitors to GLOW, hanging in the city centre of Eindhoven. The black and white photos were taken by amateur photographers, commissioned by CKE Eindhoven.

Twenty amateurs photographed hundreds of passers-by at the Catharinakerk. Each student had to then submit their best twenty photos to CKE Eindhoven. Subsequently, at least one photo was chosen from each photographer, to be displayed in the city.

For the time being, there are forty portraits, but CKE Eindhoven wants to hang up lots more photos in the city. That’s no easy task when it’s forbidden to stick posters up just anywhere, but Dynamo and ProRail are really enthusiastic about the project.

In addition, Hanneke Franssen-Moorren of CKE says that they also hope to make the portraits more interactive, for example by having construction workers model on a construction site and hanging the photos round the same construction site, with an accompanying text.

The portraits were made in the style of the American photographer, Richard Avedon, who always worked in black and white with portraits which were shot not in the studio, but outside, on location. That was Avedon’s way of making the photos more dynamic.

At present, the portraits can only be found in the areas of the station, on Stratumsedijk and at Dynamo.