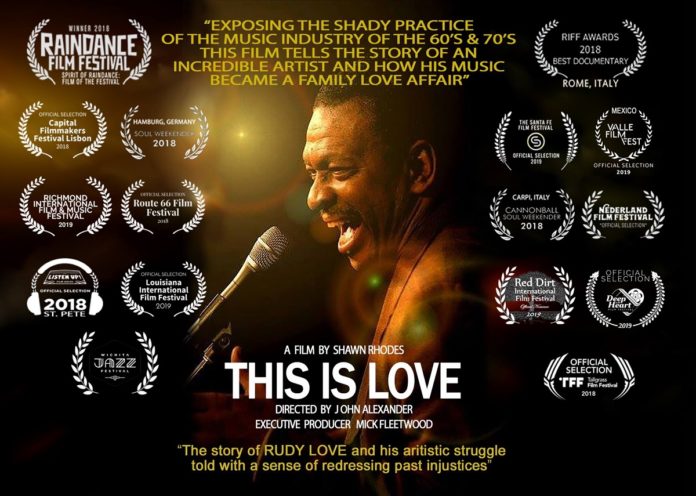 This Is Love will be making its Dutch premiere on June 6th 2019 at 20:00, as part of DOCfeed’s programming at The Student Hotel in Eindhoven. The film was partially shot in the Netherlands, and the Dutch premiere will be followed by a Q&A with producers JC Guest & Shawn Rhodes, and director John Alexander.

The documentary introduces obscure soul singer Rudy Love, whose name the public does not know but whose voice and songs they almost certainly have heard. It is about an artist who turned down fame to make music with his family. His work was seemingly all lost, until it shows up on the other side of the world. “I’m mostly in it to make music, which has been my downfall for many years,” Rudy intones during one of his many reminisces during the documentary.

Tickets for the screening cost €5 and are available through this Eventbrite link.

There are free tickets available for readers of Eindhoven News. Enter code ‘EHVNEWS’ during the checkout procedure to claim your free ticket!