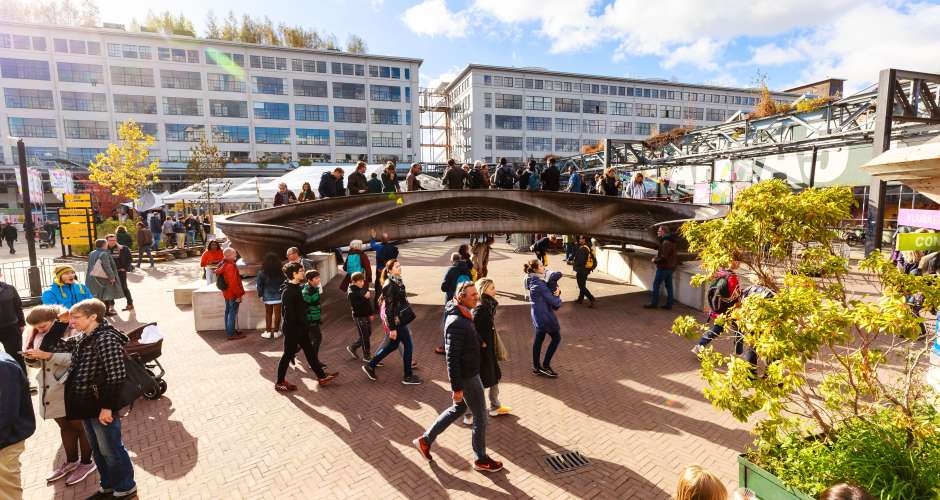 Innovation-related investments in Brainport Eindhoven have been more than double that of the national objective.

The role of Brainport Eindhoven for the Dutch economy is unchanged. There are five key indicators. They are economic growth, added value, labour productivity, innovation, and employment. Here, Brainport Eindhoven scores substantially more the Dutch average. This is evident from the Brainport Monitor 2018 that was recently published.

In 2017, with 4.9% economic growth, Brainport Eindhoven was the fastest growing region of the Netherlands. The technology industry, in particular, is the driving force behind this. The added value of the regional technology industry grew seven times over the period 2005-2015. Moreover, the labour productivity of this industry in Brainport Eindhoven has developed over two and a half times faster as compared to the national level in ten years.

The downside of the growing economy is the enormous shortages in the labour market. In almost all sectors the demand for labour is substantially increasing. In 2017, more than 11,000 jobs were added to Brainport Eindhoven. This increase of 2.8% makes it the most significant growth in ten years. In addition, the number of vacancies in 2017 increased by 7,800 to a total of 48,100. Partly, as a result, the number of unemployed people declined by 5,000. This is the most substantial decrease in decades. The unemployment rate in 2017 also fell to 4.4%.

John Jorritsma, Mayor of Eindhoven and the chairman of the Brainport foundation, is very satisfied with the figures. At the same time, he sees an important task: “The recent figures confirm Brainport Eindhoven’s future priorities – talent, business climate, and innovation. The technology industry is urgently looking for qualified personnel to handle the growing number of vacancies in Brainport Eindhoven. However, this poses a challenge for the region to create an attractive living environment for a diverse and changing population demography, in which both current and new residents can live happily. We are discussing this in a constructive manner with the government, in which we took two important steps just before the summer: signing the Regio Deal and realising the Brainport Action Agenda. “

To strengthen the technological competencies of Brainport Eindhoven, it is important to continue investing in innovation, digitisation, key technologies, and the connection to societal challenges. These joint priorities form the basis for the cooperation of the companies, government, and knowledge institutions in Brainport Eindhoven. Included here is the Brainport Action Agenda.

The annual Brainport Monitor provides background and knowledge about the innovative performance, economic progress and changing competitive position of Brainport Eindhoven for a broad target group of policymakers, researchers, companies and other interested parties. In the 2018 edition, the development of Brainport Eindhoven over the past ten years in the field of innovation, the labour market, the business community, business climate, and living conditions were investigated.