Hein Brackel has been working as a paediatrician – specialising in pediatric lung diseases. At the Catharina Hospital, he made an important contribution to the treatment of children with serious respiratory diseases, including children with difficult-to-treat asthma and children with cystic fibrosis and muscle diseases.

He devoted himself to the training of dozens of doctors to become paediatricians and some as pediatric pulmonologists. Those who have worked closely with Hein Brackel describe him as remarkably versatile. He has enormous file knowledge, is talented in collaboration and is result-oriented. 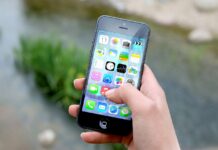