The police raided the ‘woonwagenkamp‘ (travellers’trailer camp) on Heezerweg in Eindhoven on Monday morning. It is part of a large drug investigation at multiple locations in the city. Actions are also underway at the locations on Castiliëlaan and Brestlaan.

A large area around the camp on Heezerweg has been cordoned off. The road to the  camp, which is isolated, has been closed.

In Brabant, the police took action at dozens of locations, together with the FIOD (tax information and research service). Defense specialists also help with this. A total of one thousand police officers and investigative officers are active in all raids and checks. The investigation ‘focuses on the large-scale production of and trade in synthetic drugs and the laundering of criminal assets’, the East Brabant police said.

The caravan camp on Heezerweg was in the news earlier this year. The municipality wants to close the location. At the time, the city council announced that ‘it has not been possible to provide a safe and aceptable living environment for the residents’. It is not yet clear what the municipality means by this. 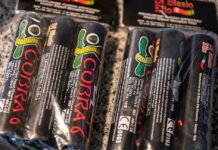 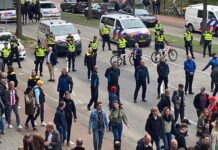 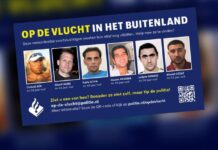