During the PSV – Feyenoord match, PSV player Ki-Jana Hoever had his home in Eindhoven broken into.

The break-in was discovered around 3:30 p.m. on Sunday afternoon. The burglars stole jewellery, yet there is currently no trace of the perpetrators.

Hoever is certainly not the first victims of criminals who see their chance when football players are away from home due to a match. Previously, PSV striker Eran Zahavi had his home broken into during a match as well, where his wife and children were victims as well. 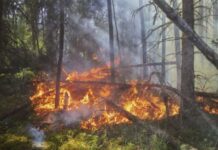