Eindhoven must do more to reduce the number of trains carrying dangerous substances. This is the opinion of a majority of the city council. More ‘toxic trains’ have been allowed for the past few years. The risk of allowing these trains to pass through is underestimated.

Parties in the Eindhoven city council are not happy with the many goods trains carrying dangerous substances. Ever since the introduction of the Basisnet law in 2015, which regulates the transport of dangerous goods, more trains with these goods pass through the city centre every day than is allowed. Studio040 reported on this earlier this week. The municipality sounded the alarm several times in recent years, but the State Secretary did nothing, despite having the ability to act.

Half the inner city wiped out

According to the State Secretary, the transport of hazardous substances by rail is still safe. Municipal councillors are not reassured. “In 2001, a tanker truck containing nitrous oxide exploded near Hoekloos in Tongelre,” says Dré Renneberg, fraction chairman of Ouderen Appèl – Hart voor Eindhoven. “A train carrying dangerous substances went wrong in 2013 in Belgium. In Germany last month, a truck carrying such substances overturned. In June, it happened with a truck carrying sulphuric acid.”

The politician has been a professional fireman for ten years. “If something like that happens in Eindhoven, half the inner city is gone. The newspapers are full of corona, but this is at least as dangerous. They also thought that nothing could go wrong with the fireworks storage in Enschede and yet it did.”

Importance of money over safety

Miriam Frosi of the CDA finds it unacceptable that the law has not been observed for six years. “As a citizen, I get fined if I drive faster than the speed limit, but when the standards for trains carrying hazardous substances are exceeded, nothing happens. That’s impossible to explain. Especially to people who live along the tracks. The government must do more to protect the city.”

Jannie Visscher of the SP thinks that the one-sided interest in making money is paramount. “Far too little is being done to ensure safety. What good are rules if you flout them?”

VVD, D66, and PvdA are more moderate in their opinions. Tom Meylink of the VVD believes that alderman List has “worked hard” to find a solution, although the result is not satisfactory. “Behind the scenes, pressure is being exerted, but ultimately The Hague must take action.”

Robin Verleisdonk of D66 points out that the transport of hazardous substances is a given. “The transport of these substances by rail is relatively safe, although the Brabant route is not equipped for these quantities. Together with other towns in Brabant, we must put even more pressure on the ministry to come up with an alternative.”

Jan Hopstaken of the PvdA thinks it is all taking too long. Financial compensation for the cities in Brabant would be appropriate. “With that, municipalities can take extra safety measures.”

Ruud van Acquoij of 50 Plus finds it incomprehensible that no disaster exercises have been held in recent years, while there are great concerns about safety. “The last major exercise was in 2009 in the railway tunnel in Best. After 2016, it is not known whether there has been any exercise at all.”

Van Acquoij advocates making the Brabant route more expensive for transporters. “The extra money that is earned in this way can then be used to improve safety.” He also believes it is necessary to start practicing with disaster scenarios again. 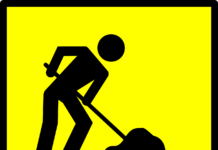