Dutch Employee Insurance Agency (UWV) in the Eindhoven region has recruited dozens of extra employees. This is to deal with the consequences of the corona crisis. That is what regional manager Nicole Kievits says.

“Just before the crisis, we already hired twenty extra people, because we felt that economically challenging times were coming. Now, during the crisis, a lot of people are out of work, and we’ve now have hired another ten people”, says Kievits.

The extra people will have to accompany the unemployed to other jobs. Many sectors are struggling at the moment, but in other sectors companies are doing good business. “We are trying to find a match between jobseekers and companies that are now looking for new personnel.”

In addition to the extra staff in the reintegration department, the UWV has also hired ten people to help companies. Companies have a lot of questions about all the schemes.

Earlier this month, the UWV expressed the expectation that the Southeast Brabant region will be hit extra hard by the crisis. In addition to the hotel and catering industry and the retail trade, various engineering companies, such as in the metal industry, are expected to be hit hard. Those companies are fully active in the Eindhoven region. 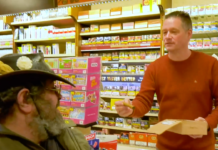