With the coronavirus situation being what it is, Ajax has already indicated it wants the premier league season to end right away. Eindhoven’s PSV is happy to follow suit. The club has already given its opinion to the concerned organizations, the Royal Dutch Football Association (KNVB) and Premier League Partnership.

‘We feel it is not justified at all to go ahead and play the remaining matches”, says PSV’s general director, Toon Gerbrands. “We are from a region that has been hit the hardest. Almost everyone knows many of the sick and deceased. At a time like this, football is not a priority”.

Ajax indicated earlier this week already that it wants to stop with the division matches. This was followed by announcements from PSV and Alkmaar AZ. The three clubs will, therefore, take up the discussion together with the KNVB.

Like almost everything else, football too has been on a standstill for weeks. The professional football season could be extended to the beginning of August. This will give the various clubs an extra three months to make up for the lost time.

However, Ajax, PSV and AZ do not seem too happy with the idea. PSV’s supporter associations also approve of ending the season. They all unanimously agree that health takes precedence over football.

Over a hundred fines given for coronavirus rule breakers 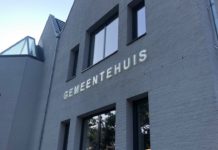