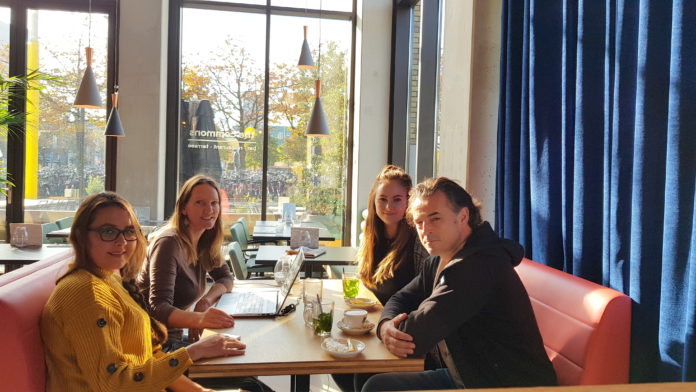 Last month EFF (Eindhoven Film Festival) and Eindhoven News decided it would  mutually benefit both organisations to work together.

EFF is an organisation which organises the yearly film festival which is a display of unconventional independent film. Eff invests in different projects and works together in Eindhoven with various organisations (like Sint Lucas and Natlab) to serve the interest of developing and enhancing film making in and from Eindhoven. And Eindhoven News, with its goal to inform internationals about amongst others, cultural aspects of the region, creating awareness of activities where internationals can participate, saw a logic cooperation to bring locals and internationals together.

The cooperation entails that regularly the international audience will be informed about the various (international) film events in Eindhoven and background stories on the local ‘film scene’ will be told.

Eindhoven News volunteers were invited by Frank van der Linden, Director of the EFF, to be present at the opening of the Film Festival on 28 November. “I think it is wonderful that also internationals and all other kinds of people can enjoy the interesting offer of films of our festival. We show movies which you don’t see every day, they intend to make curious and push boundaries. By working together with Eindhoven News we make sure many people who are here from all over the world know about our fascinating festival too.”

Mandy Cramm, Social Media intern of EFF: “This year’s festival theme is ‘Dare to be Different’: stories need to be told, voices need to be heard, and it presents images that will stay with you for the rest of your life.”