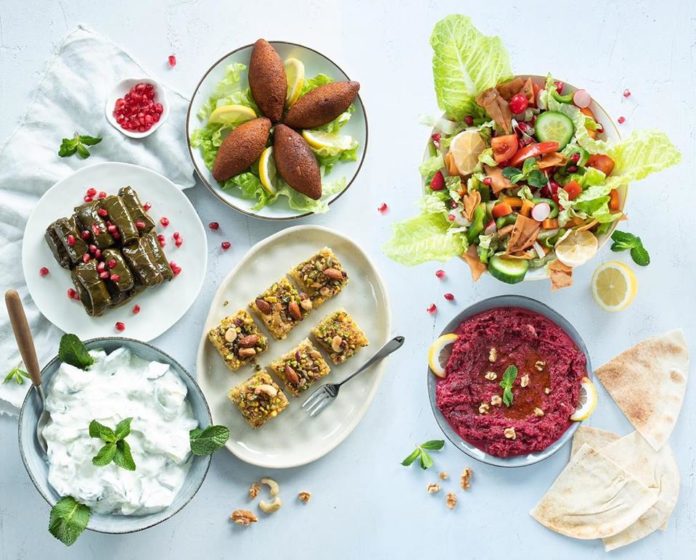 Mo is opening his pop-up restaurant on Saturday 2 November 2019 in the Hub/Bank15. In principle it will be there for the month of November.

Mohammed Sheikh Albasatina, this is his full name but everybody knows him as Mo. And we can fairly say ‘everybody’ as Mo is quite a well known figure.

The reason he is famous is because he is a very friendly and sociable young guy from Syria. Since his arrival in 2014 after fleeing from Aleppo, Syria, he has been very active in and around Eindhoven because it is his nature to connect to new people easily. He has done this in various ways. Mo: “I see that I can build connections through food. I didn’t know the Syrian food was so delicious before I came here and now I want to share it with everybody and make friends.” 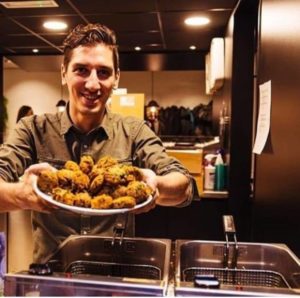 Mo started a catering company called Mo’s Catering through which he serves the recipes handed to him by his mother.

Or maybe you know him from the festival New Neighbours where he was not only cooking but also showing and teaching people Syrian dance.

Mo is a person who can be an example for other refugees, although you won’t hear himself about it. It is not that things went very easy and all by themselves, he experienced some hardship trying to survive and establish himself in Eindhoven. That is why it is even more striking that whenever Mo organised and cooked a dinner, he always invites many people to come over. 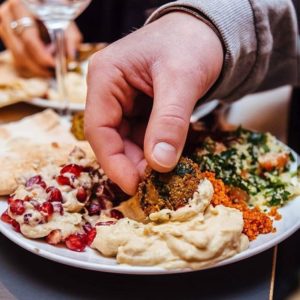 So more than enough reasons to come to the opening of his pop-up restaurant in The Hub/Bank 15 on Vestdijk 25, Eindhoven coming Saturday. From 16.00 to 19.00 you can taste his delicious humus, baba ganoush and falafel.