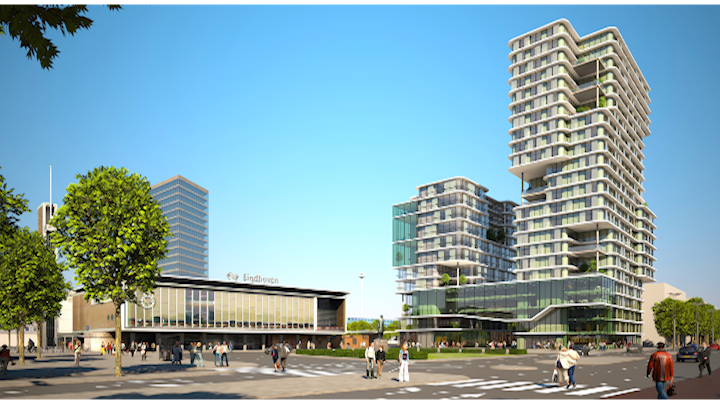 Maximum height restrictions will be imposed for new residential towers in several parts of the city centre, the city council announced during a presentation attended by 400 residents on Wednesday.

The council wants to restrict new buildings to heights ranging from 75m (around the Wilhelminaplein, De Bergen, Demer, and Kanaalstraat) to 105m and 160m.

With space running out in Meerhoven, Woensel-Noord, and Tongelresche Akkers, and a growing population, many more towers are set to pop up in the city centre over the next few years.

The most recent additions to the city’s skyline include the Student Hotel, Onyx, and Blok59. Slated for construction are three residential towers on Stationsplein and the Bunkertoren.

Councillor Yasin Torunoglu said the new developments would have to meet certain standards, such as quality of living and sufficient affordable housing for different target groups.

14 July 2022
Summer is always a lot of hustle and bustle. Vacation plans, shopping, packing, picnicking and of course, the BBQs. People are all set for...