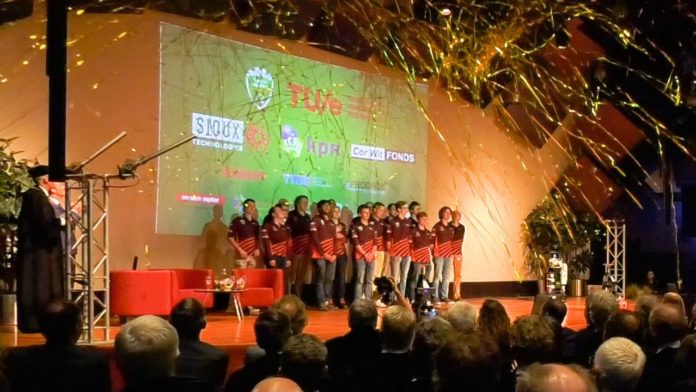 Tech United was honored on Monday during the opening of the academic year of the Eindhoven University of Technology. They became world champions with their football robots during the Robocup 2019 in Sydney last summer.

The celebration of Tech United was the festive closing of the opening of the academic year. The whole team was called forward and welcomed by the audience. A huge confetti cannon was also fired.

Robocup
Robocup has different competitions, the TU/e football robots participate in the Middle Size League, where two teams of five play against each other. The robots do everything themselves, people are only allowed to bring the robots in and out of the field. The game is judged by a human referee.

Care robots
Tech United also won first prize in the @Home competition. The aim of this competition is to develop robots that can provide help at home. With this competition, the organization wants to make clear that the technology used for football robots can also be used for social purposes.