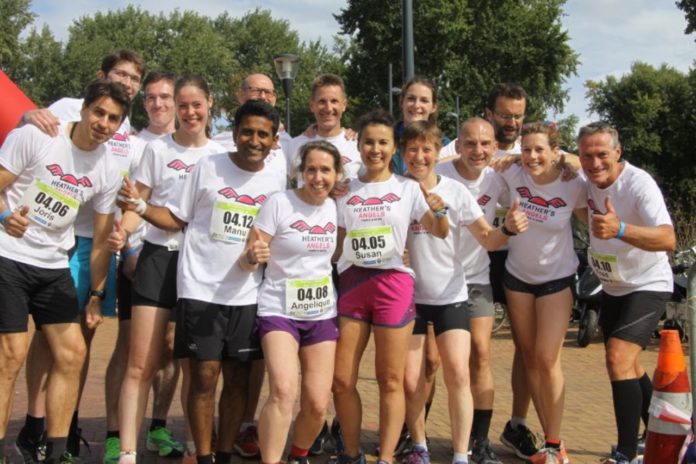 With a group of 15 international runners, Heather’s Angels ran for 24 hours during the Meerhoven24 run last weekend.

It was their second attempt, and they came fourth out of the 29 teams that took part this year. In total, they 330km in the 24 hours. Susan Smit, the team motivator, says, ”Yes, it was crazy, but it was such big fun.”

Heather’s Angels is a new team of Eindhoven Atletiek. Their goal is to help fulfil terminally ill children’s wishes. It was a big challenge for Heather’s Angels to collect money for this charity. Members of the team had great ideas.

They organised Indian cooking lessons, sold plants, lottery tickets, wine, beer and many other things to collect money for the Make A Wish Foundation. They also organised a Lifestyle Benefit Event at Kazerne Eindhoven. The event was filled with music, art, and design. There was also an auction, among other things.

They also had several sponsors. The team collected a significant € 8.000 for the Make a Wish. As team captain, Heather MacDuff says, “We feel the children deserve this.”