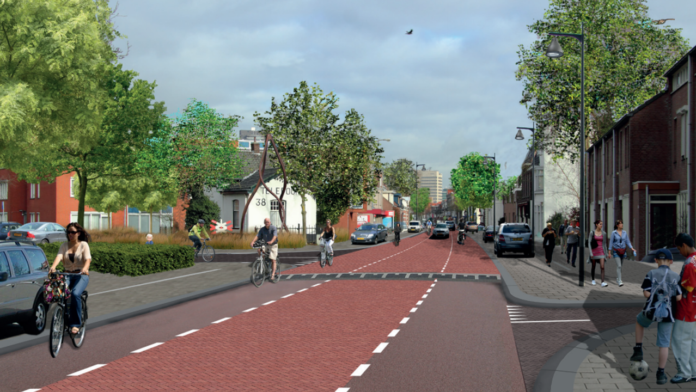 The municipality will start a campaign tomorrow to ensure that cyclists and pedestrians in particular feel safer in the Hoogstraat. The street was redesigned in 2016.

Although according to the municipality few accidents happen in the redesigned street, there are complaints. Cyclists and pedestrians in particular feel unsafe, often due to the unsafe driving behavior of motorists. While in the new design there is more room for cyclists, pedestrians and greenery, and less for cars.

That is why an awareness campaign is starting. “Give each other space on Hoogstraat,” is the slogan. The campaign will last six weeks.