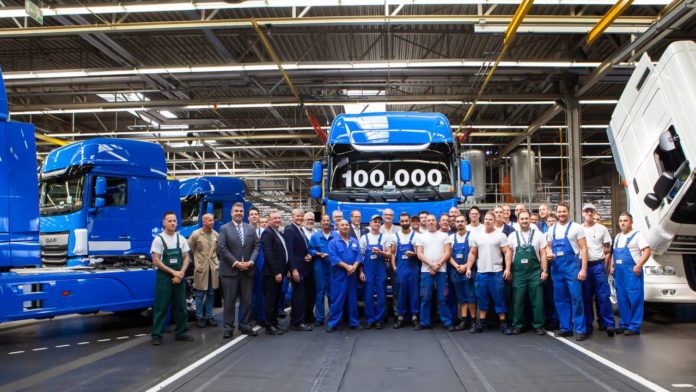 The hundred thousandth DAF truck of the CF and XF type has rolled off the belt.

It has never happened before that a hundred thousand trucks of a certain type were sold at DAF so quickly. Two years ago, in July 2017, the first CF and XFs rolled off the band. Since then, 100,000 lorries have been added together in Eindhoven and the British Leyland.

The party truck has been delivered to a regular customer: the Belgian Gheys Group. Since the 1960s, DAF trucks have been in the company’s fleet. The counter is now at eighty and another 25 will be added soon.

“It’s not for nothing that DAF is the number one in Europe in trucks,” says Harry Wolters, CEO. He believes that the trucks are praised by customers for reliability and driver comfort.