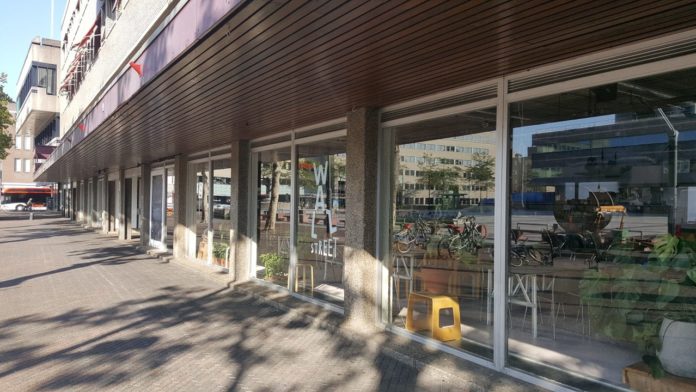 From the end of the month a series of events will be held before the restaurant closes for good. On Friday there will be a ‘club night’ with thirteen DJs, and the following week there will also be parties.

The eatery is closing due to upcoming redevelopments in the Stadhuisplein area over the next few years. The buildings opposite the town hall will also be demolished for this purpose. The area will soon be home to a new mix of apartments, shops and businesses.

Wallstreet opened its doors during Dutch Design Week 2017. The building, on the corner of the Begijnenhof, was empty for seven years, and was given a new temporary use. A group of Eindhoven residents, working with Fontys students, turned it into a catering business with room for exhibitions and music performances. It also houses the radio station Rararadio.