Home NEWS Martje: ‘I want to inspire other young people to seek help’ 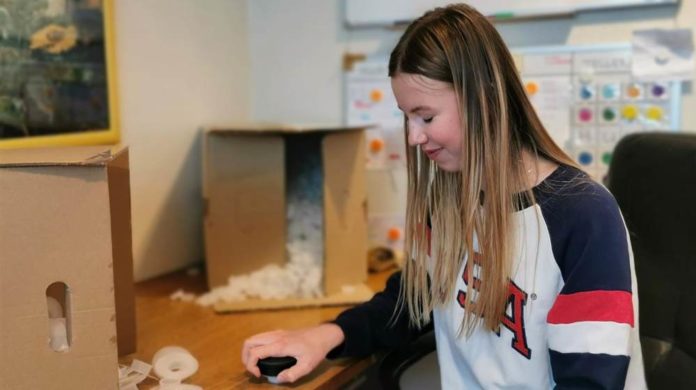 Most young people do not have to worry about much more than going to school. But for some, life is not so easy.

Martje spent a year at home instead of going to school. Stress and fatigue prevented her from leaving the house most days. ‘I was very exhausted all the time. I just wanted to sleep. Everything was too much for me,’ she says. ‘Later, we discovered that I have ADD. I really wanted to learn how to deal with it, which is why I came to the youth care centre.’

Martje underwent an intensive day treatment at Combinatie Jeugdzorg (Combination Youth Care), a guidance and treatment centre in Eindhoven. The centre supports young people with various social and emotional issues. Mentors at the centre drew up a personal plan for Martje to help her deal with the effects of her condition.

‘We looked very carefully at what Martje needs,’ says Marieke Peeters, Martje’s mentor. ‘For each person, we always look at where they are at the moment and where they want to go.’ After that, ‘we look at what it takes to reach their goal.’

Martje says that thanks to her treatment, ‘I have learned to shake off the stress. I have learned to take the time to understand things well, but I have also learned to acknowledge that sometimes I need those moments of extra time for myself.’

The future looks bright for Martje. She has secured a summer job and will begin her education this coming school year at a music school in Arnhem. ‘I am super excited and am really looking forward to it,’ she says enthusiastically.

‘I hope that with my story, I can inspire other young people in my position to seek help.’