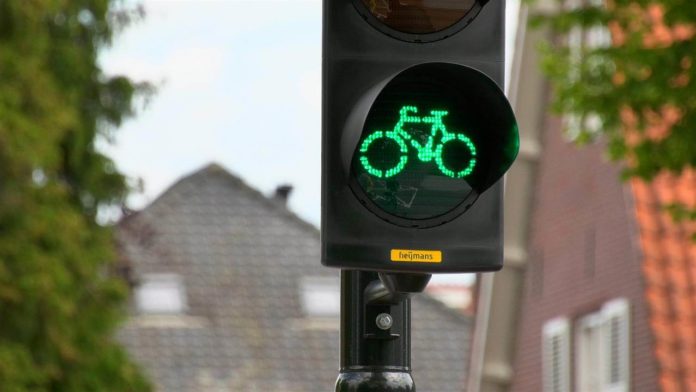 Most people in Eindhoven have never heard of the Schwung app. But the cyclists that Studio040 reporters spoke to like the idea.

‘If it works, I will install it,’ says a boy who was stopped by Studio040 reporters on his way to TU/e. Another passer-by is also impressed by the idea, yet has never heard of the app. She understandably wonders whether it is dangerous to use such an app when cycling. But Schwung works in the background, meaning that cyclists do not have to cycle with their phone in their hand.

Around 75 bicycle traffic lights in Eindhoven are connected to Schwung. That is more than half of all bicycle traffic lights in the city centre. Monique List, aldermen at the municipality offices, says, ‘it’s great because it encourages more and more people to take the bicycle to work. if they always face a red light, they start looking for alternatives. But now they can keep on cycling.’

List has downloaded the app herself. ‘It works, I’ve tested it!’, she says.