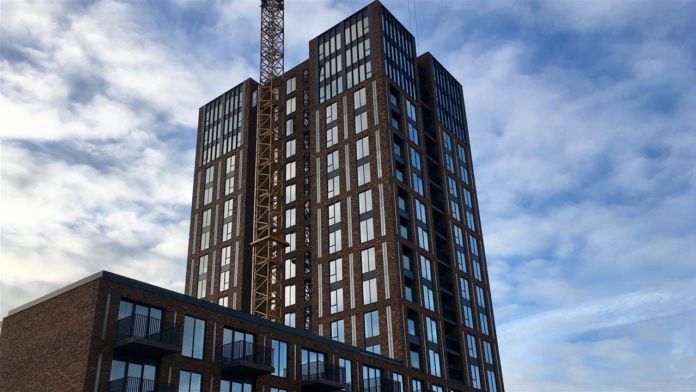 Municipal authorities and local housing and real estate companies behind the redevelopment of Strijp-S were awarded the prestigious NEPROM prize for location development on Thursday 16 May.

Woonbedrijf, VolkerWessels, and Sint Trudo received the award in Den Bosch along with councillor Yasin Toronoglu during Project Development Day. The Strijp-S project, which began in 2002 when VolkerWessels teamed up with Eindhoven city council, had already been nominated for the NEPROM prize in 2013.

Housing corporations Sint Trudo and Woonbedrijf and several real estate entities have since become involved, and the area is growing rapidly. Within two years, 2500 people are expected to live in Strijp-S, while the area will also be home to 1000 companies employing 3000 people.

NEPROM judges highlighted the “respect and inventiveness” the team had demonstrated in developing new and existing structures at the former Philips site. Local events such as GLOW light festival and Dutch Design Week were also said to have “put the location on the map”.

“Area development is a long-term process that involves holding on and working together through the good times and the bad times. Strijp-S proves that working together pays off”, councillor Torunoglu said after the award ceremony.

No air traffic possible at Eindhoven Airport due to ‘capacity problem’

Eindhoven airport to have a corona test street after Schiphol

Trains to Tilburg, Den Bosch cancelled for a week in mid-August