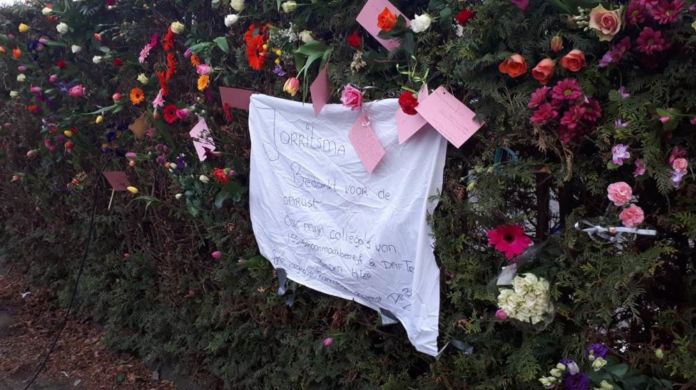 On Sunday evening, dozens of people laid flowers and made chalk drawings at the Al Fourqaan mosque. The aim is to support Muslims in response to the Pegida demonstration that is to be held today (Monday).

People from different (religious) backgrounds and ages heeded the Facebook call. The message from Muslims and non-Muslims who had gathered in the parking lot at the mosque was clear. They want love to overcome hate and hope this act will offer a counterbalance to the anti-Islamic group, Pegida.

Among those present, there was a mixture of concerns about Monday, but also the realisation that everyone in the Netherlands has the right to demonstrate.

Pegida wanted to roast pork (which Muslims are not permitted to eat) on Monday at the mosque at the start of the Ramadan. This will not be allowed, but they can come and demonstrate. At the same time, security measures have been taken in consultation with Mayor Jorritsma, the mosque administration, the police, and the public prosecutor.