Home NEWS ‘I will miss you’: the dentist who looked into Geldrop’s mouths for... 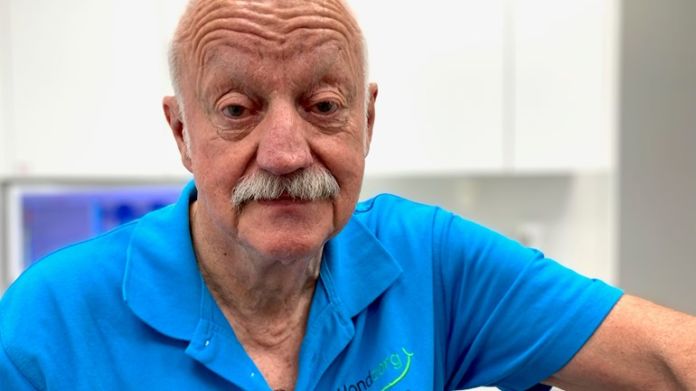 It has been a good ride for Jan van Montfort. The 69-year-old dentist from Geldrop will retire after 44 years. After so much time, he says it is a ‘double feeling’.

‘On the one hand, it is nice that I will no longer have any obligations. On the other hand, I am going to miss it very much, because I enjoy doing it.’

Van Montfort’s practice has been very busy this week as many people want to have one last check-up with him. One woman says that she has had the same dentist all her life. ‘What should I do now?’ she asks. Van Montfort sees that as a big compliment.

The dentist admits that he has had doubts about retiring. ‘In the past few weeks I have sometimes thought that maybe I should take the step a little later,’ he says. ‘But then again, the time is right.’ His colleagues say that they are ready to step up and take care of his patients, although they may have to go the extra mile in the beginning.

‘Everything is much better’

A lot has changed in those 44 years. ‘Everything is much better, much easier. We have improved a lot. It used to be more difficult,’ he says.

Van Montfort is a little scared of how he will fill his time after his last working day. He does not think he will get bored easily, though. ‘I spend a lot of time at a police dog club in Mierlo,’ he says. ‘And I can work a little more in the garden, exercise and cycle more. I will fill my time.’

‘Saying goodbye is always difficult,’ he continues. ‘I have an assistant and a secretary who have been with me for 31 years. But if they miss me, they can come and visit!’