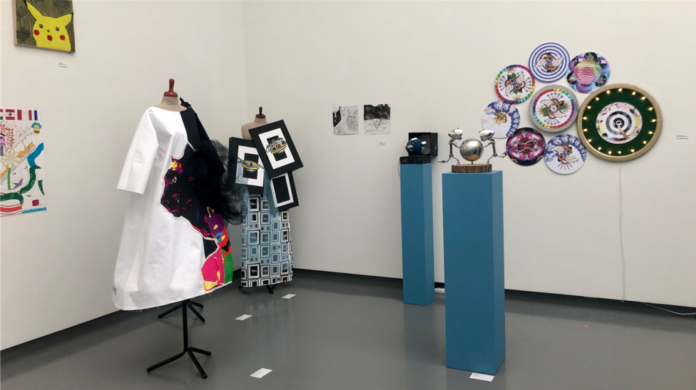 Several artworks went on display this week at the Van Abbemuseum. The pieces are the creations of students graduating from HAVO grade five (higher secondary education) and VWO grade six (pre-university education), at eleven different schools across Eindhoven.

The artworks form part of the Van Abbemuseum’s Radically Mine project. The students’ teachers, along with curators from the museum, chose the best artworks to display.

Marleen Hartjes, project leader at the Van Abbemuseum, founded the project ten years ago. She claims that she did so with the hope of nurturing the artistic talent that she saw in young people in the region. ‘The talent is sometimes even as good as that of the artists who can be seen here in the museum,’ she says.

For some of the students, it seems unreal that their artwork is on show in a museum. ‘I really did not expect that my art would ever be shown in a museum, and definitely not so soon,’ one student said.

Yesterday marked the tenth edition of the Radically Mine project. The artworks will be on display in the Van Abbemuseum until Sunday 16th June.

Outdoor cinema in the city centre