On Sunday, Stedelijke College (Henegouwlaan) in Eindhoven will be the venue for the Confucius Institute Groningen’s international Chinese exams.

Eight-seven pupils, including 24 from the Stedelijke College, itself, will sit for these exams. This school has been offering Chinese as an extra course since 2014. It has had an official Confucius Classroom since 2017. About 60 students now follow the Chinese language and culture course. The school is also planning on extending the programme.

Stedelijke College receives support from China for the promotion of education in the Chinese language and culture. They also get high-quality books and multimedia teaching materials from China. Students also have the chance to win a scholarship for a year in Beijing or Shanghai.

“Internationalisation is a focal point within the Stedelijk College Eindhoven,” reads a statement issued by the school. “The internationalisation activities within the school are very broad.” For example, the Stedelijk College organises exchanges with other schools from around the world. These include schools in Nanjing and Beijing in China. “We also participate in international projects and organise internships abroad.”

Stedelijke College also recognises that China is a major player in the Brainport region. “Many Dutch companies have branches in China and, conversely, more and more Chinese companies are coming to the Netherlands,” continues the statement. “Knowledge of the Chinese language comes in handy, especially in an international environment such as ours.” 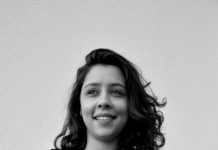 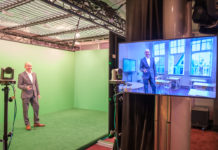 In conversation with Kirtika van Hunen : ‘The Dutch-ess from the Himalayas’