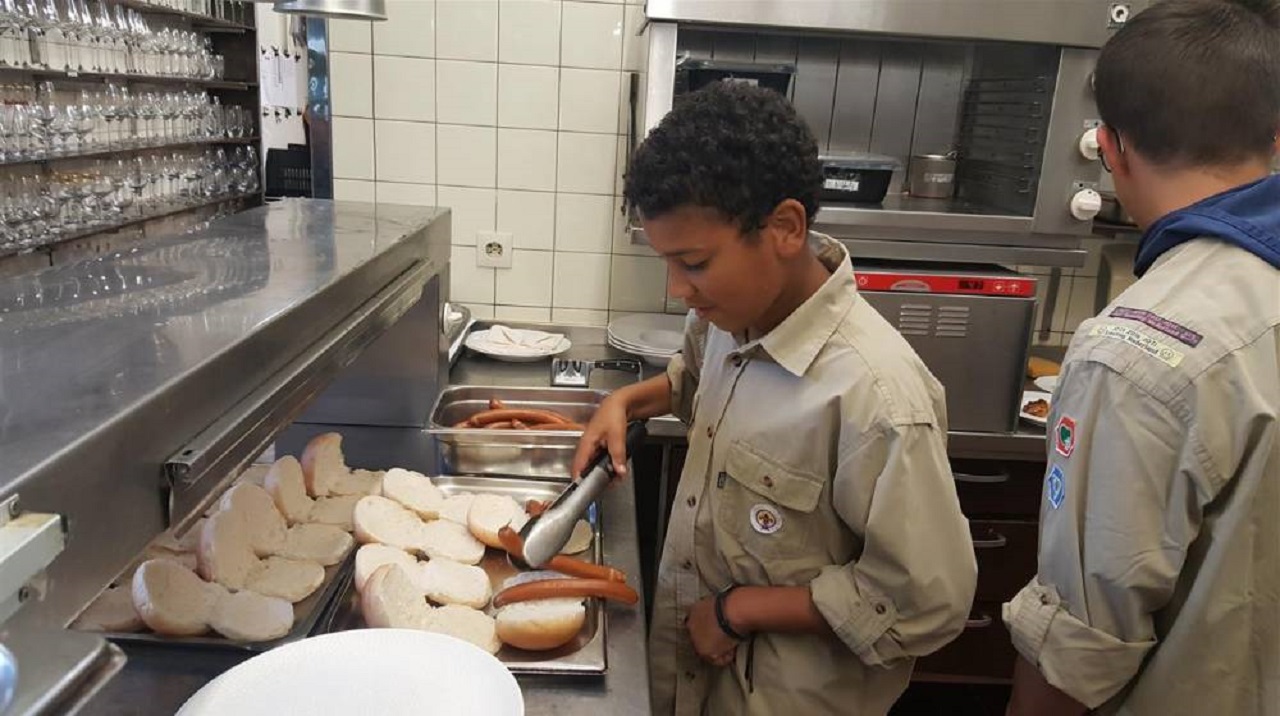 Helping in the kitchen or assisting staff at Eindhoven’s top restaurant De Karpendonkse Hoeven, followed by an auction. Scouting Roosevelt organized a special event and managed to raise €9,000.

Scouting Roosevelt is a special scouting group for Eindhoven children with a physical disability. Some members move around fine. Others, however, are less mobile and need some assistance and supervision. Nevertheless: this special event was a huge success.

To raise funds for a scouting trip abroad, the group organized a special dinner at De Karpendonkse Hoeven. The guest were about 60 people from Eindhoven’s business community.

Some members of Scouting Roosevelt’s group need intensive care and supervision. Due to special needs, they have never been abroad before.

“It takes a lot of time and money to organize something like an outing for the group’s thirty members. For example, you need special transport, hoists and extra hands”, explains Ruud van Ruud, chairman of Acquoij. This is why he and others started this initiative: “We get very little subsidy. So these kinds of actions are needed to raise extra money.”

The money raised will be used for a special trip to Germany. The group will either make a trip on a boat, or spend a week exploring a German forest.

During the auction, various attributes were up for sale. These included signed boxing gloves of former boxer Arnold van der Leyde, various silkscreen prints, a cooking workshops, as well as a lunch with Eindhoven’s mayor John Jorritsma.