Home NEWS A rarity in Eindhoven: a stamp dispensing machine 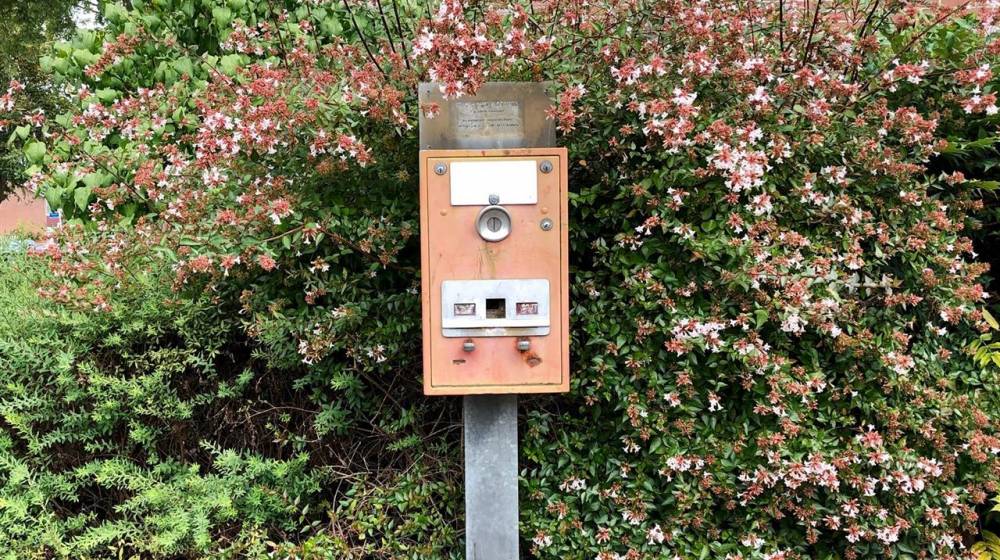 It turns out that the stamp book dispenser at the corner of Judea and Samarialaan is a rarity.

This is much to the delight of Postautomaat (Post machine) Collectors Association. “We did not know that there was still a vending machine somewhere,” Secretary, Hens Wolf, says. According to the sign, a sheet of stamps costs two guilders. That probably says something about the age of the machine. “That is still quite cheap,” Wolf says. “I happen to have discovered a stamp dispenser in Hemmen, where a sheet of stamps costs four guilders”.

‘Last two in the Netherlands’

Wolf became aware of the vending machine via a message from LPF (Lijst Pim Fortuyn) City Councillor, Tjerk Langman. He saw the special decorative piece by chance in Eindhoven. As far as is known to the Collectors Association, these are the last two stamp dispensers in the Netherlands. The reason that they still up is probably that they have simply been “forgotten”, Wolf suspects.

The stamp machines disappeared around 1994 and 1995. They often stood at busy locations. For example, the Association’s secretary knows there was also one at Eindhoven Central Station for a long time. From the end of the 1980s, a different kind of stamp machine made its appearance. There were no booklets, but loose stamps of a self-selected value could be bought. Until 2000 such vending machines could still be found, but with the introduction of the euro, this also came to an end.

Only works with guilders

The discovery of this old vending machine is a nice boost for the Postautomaat collectors. “We are intensively busy with this as an association”, Hens Wolf says, “And are there still booklets in it?” That can no longer be seen from the outside. Unless someone still has two guilders in his pocket, of course.