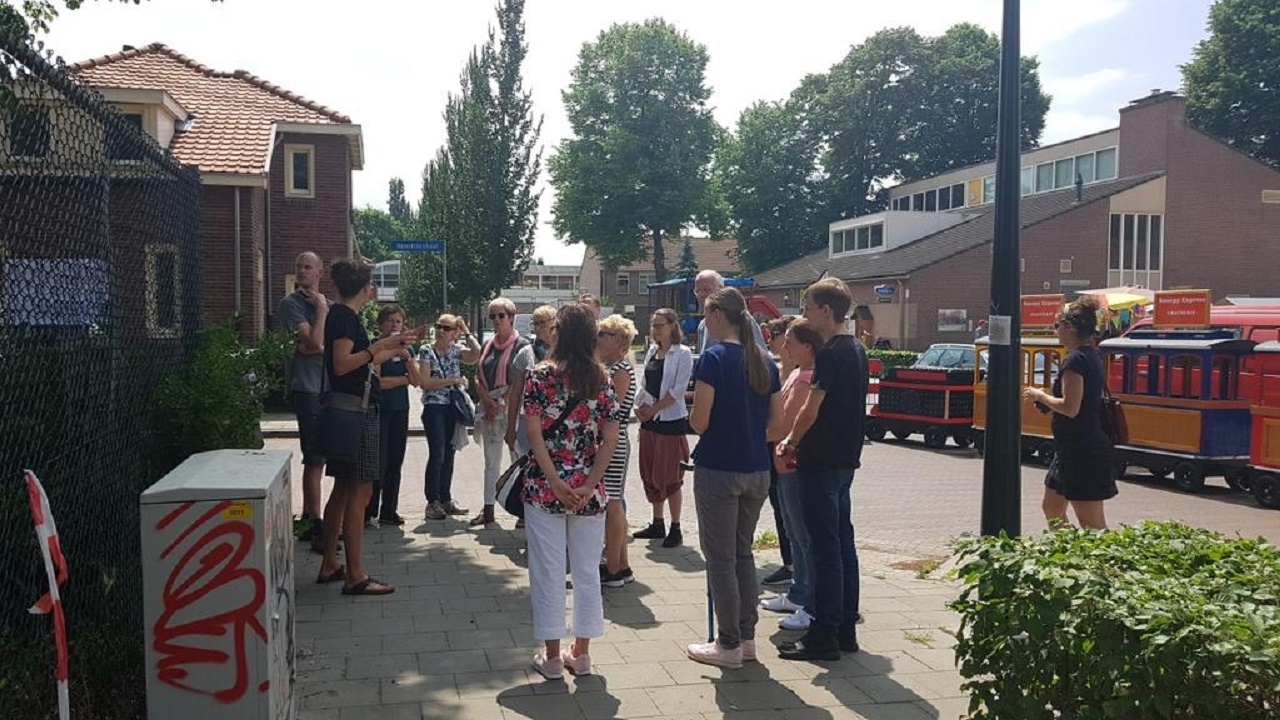 Sunday, residents and visitors of Philipsdorp celebrated the completion of the renovation of this Strijp neighbourhood.

A program of festivities was organized with residents. A film about Philipsdorp was shown and the complete project could be experienced again. At community center ‘t Bellefort, activities for children and residents were offered as well.

The renovation of this Strijp neighourhood started six years ago. The ‘village’ is over a century old. The neighbourhood was created around 1910, for employees of Philips’ fast-growing light bulb factory.

This Philips ‘village’ was built according to the modern vision about living conditions for factory worker. Healthy homes, vegetable gardens and employment nearby, were recognized as important elements.

Facilities for employees included company shops, a bread factory, a bathhouse and schools, but also sports facilities. Such provisions created a sense of loyalty among employees of Philips.

The first renovated street of buildings was completed in 2012. At the time, the street was reopened by members of the Phillips family and then mayor van Gijzel.

Almost 800 houses have now been renovated at a cost of almost EUR 100 million.