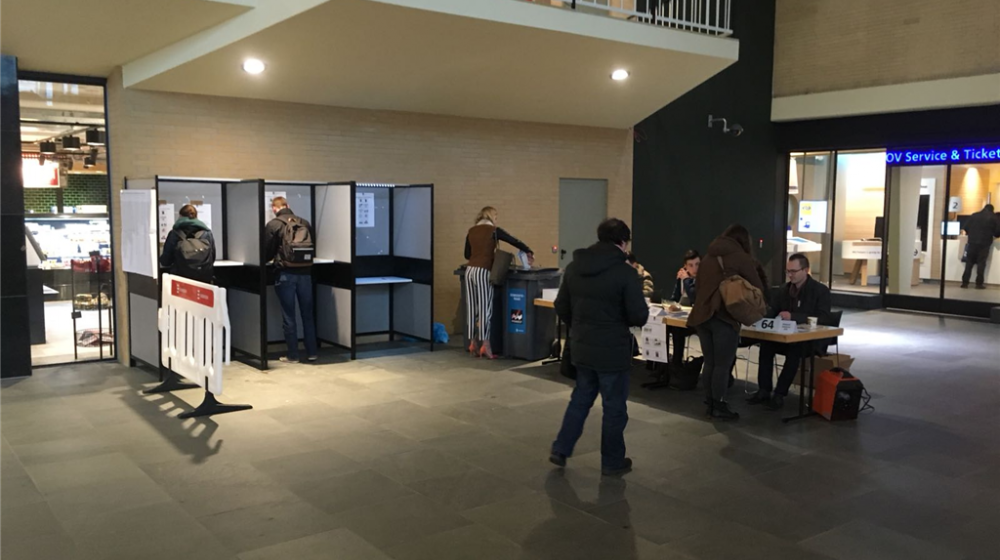 It is not very busy at the Eindhoven Station polling station, but people are coming and going. Sometimes there is a line of two or three people; then it is a bit quiet again.

People do not have time to answer questions for Studio040’s camera team because they have a train to catch.

In Eindhoven, there are no less than 125 polling stations where you can submit your vote for the municipal elections and a referendum on the Intelligence and Security Services Act. There is always one nearby and there are also a number of special locations. You can vote in Mayor Jorritsma’s Chamber at City Hall as he has made his office available. The editorial office of the Eindhovens Dagblad (Eindhoven Daily Newspaper) on Strijp has also been set up as a polling station.

Polling stations close at 21:00 tonight, after which the counting starts. It is expected that the provisional final result will be made public at around midnight. Studio040 will have a live webcast during the Results evening at City Hall. There will also be direct reports from the Geldrop-Mierlo, Waalre, Nuenen, and Valkenswaard municipalities.