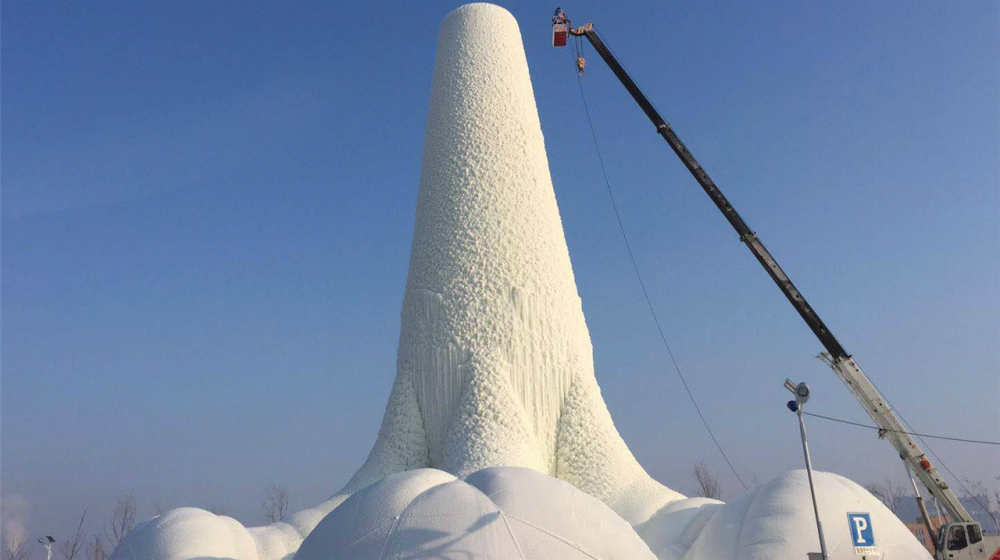 Students of the Technical University in Eindhoven have built the highest ice tower ever: 30 metres high.

The students have broken their own record, which was about 21 metres high. The ice tower stands in China and the construction work is based on the form of traditional, Chinese towers and the flamenco dress.

The tower was built of ice, but reinforced with natural fibers. The purpose of the students is to put this sustainable, recyclable building material on the map. The fibers can serve as a solution for temporary constructions in cold areas. In addition, they can be helpful in mars missions and events.

The ice tower is not enough for the TU/e students, as they are likely to build more ice constructions for the Olympic Winter Games to be held in China in 2022. There is even a wild idea to make the Holland Heineken House entirely of ice.

The so-called Flamenco Ice Tower stands in Harbin and will be opened on Wednesday 10 January by the Dutch Ambassador in China.