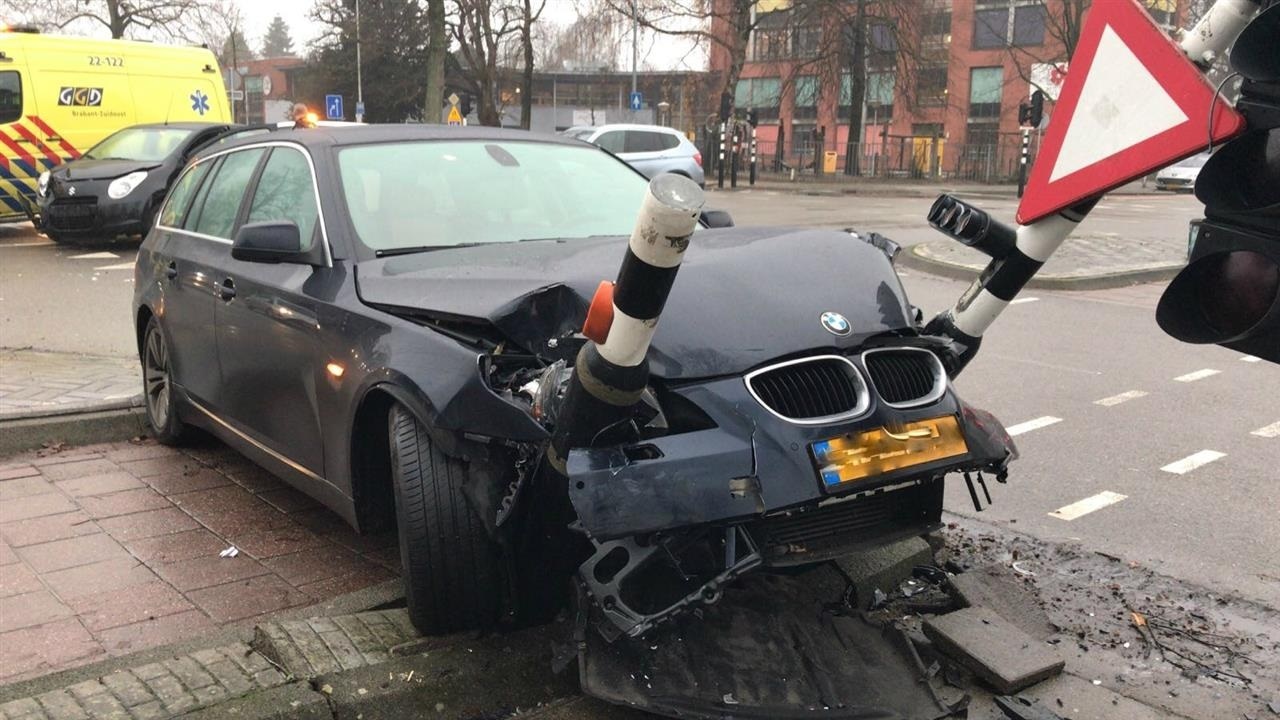 An accident involving three cars occurred on Floraplein in Stratum on Friday morning.

Nobody was injured. All the drivers involved were examined by medical personnel at the scene.

The accident happened on Friday morning at 9.30. One of the vehicle’s had its front lights impaled by two poles of a traffic light.