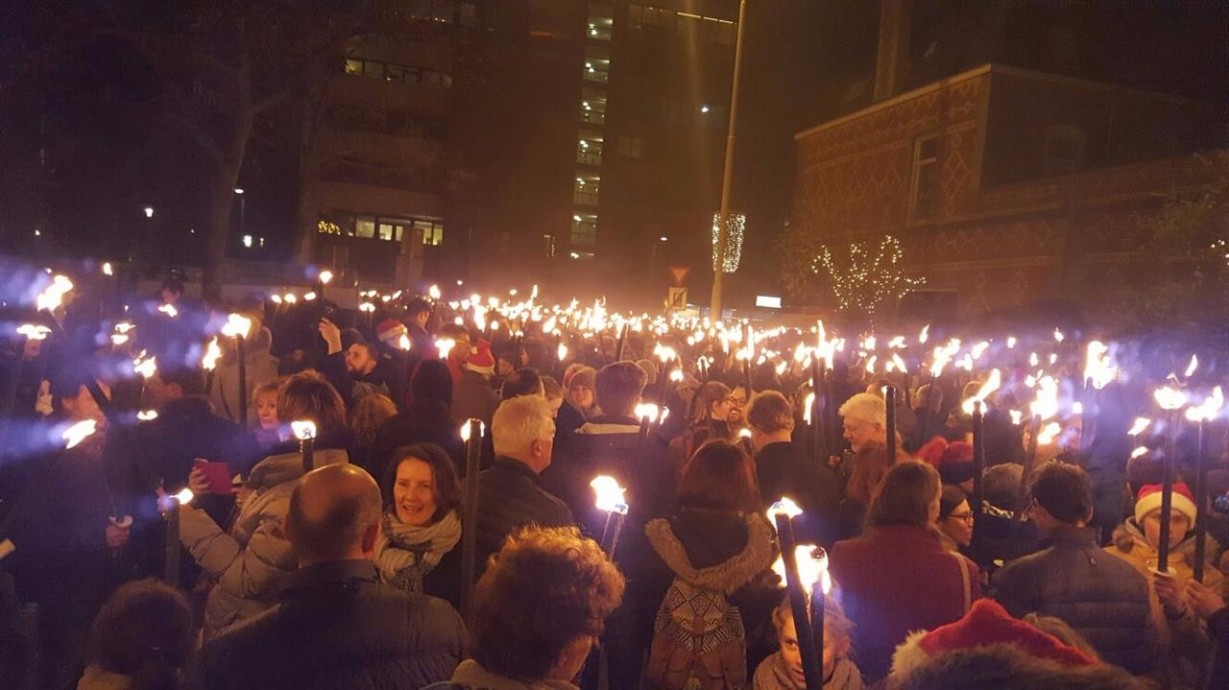 Sunday evening’s good weather meant more people than usual joined in this year. The torches were handed out from 18:00 on Wilhelminaplein and the parade began at 19:00. It wound its way through Kleine Berg, Mauritsstraat and Willemstraat before ending at Wilhelminaplein again.

Participants were welcomed by an Eindhoven City Councillor, a Scouts delegation and the ZCity Poet. After the parade, there was a special musical programme performed by the Eindhoven Mixed Male Choir.

The first of these torchlight parades was held in 1992. It symbolises a tolerant and respectful society. On average, about 5 000 people join this special Christmas Eve parade.