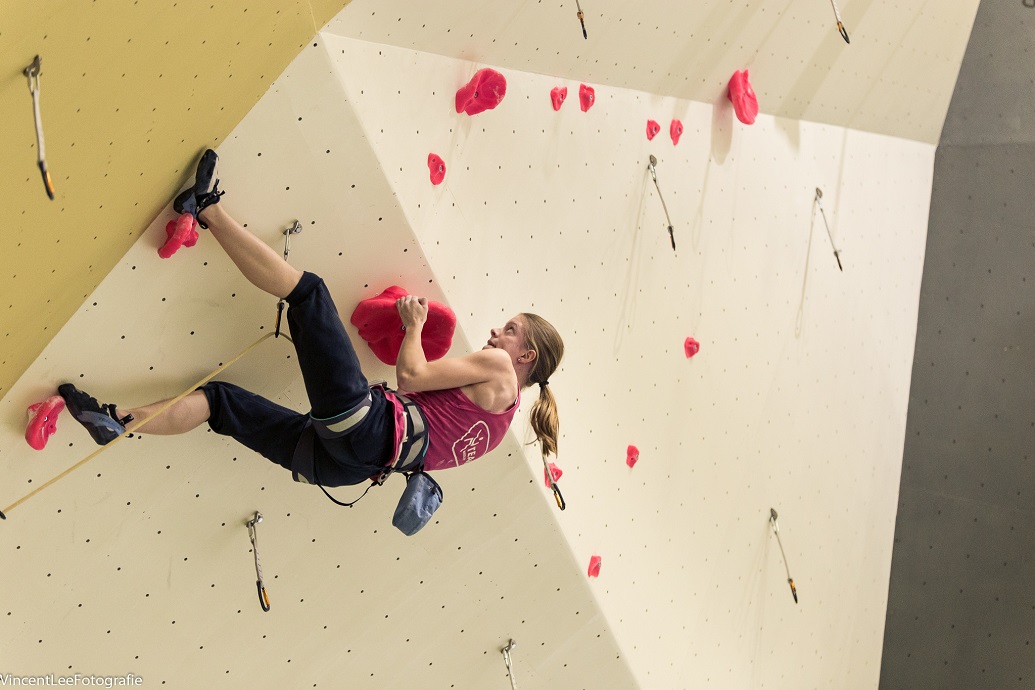 Tomorrow sees the NK Lead 2017 taking place in Utrecht. Eleven women and twelve men will compete in Speed climbing at this national competition, organised by the Royal Dutch Climbing and Mountaineering Association (NKBV).  Among these are competitors from Eindhoven.

This sport is going to be featured in the Olympic Games in Tokyo, 2020 for the first time. This is great motivation for the 23 climbers, who will compete at the newly opened Neoliet Climbing and Boulder Centre in Utrecht. The climbers have six minutes to complete a course and reach a height of 20 metres. It promises to be a challenging competition.

Two climbers from Eindhoven, the 19 year-old Naomi Swagten (pictured), and Truong Ngo, 33, will be taking part. Naomi was placed fifth in the national championships, while Truong took third place.

The action starts at 18:00 and tickets, which are limited, can be bought on the NKVB website, cost EUR 15. This national climbing competition can be followed, for the fourth year in a row, via livestreaming.