Home NEWS PSV getting ready to take 3 points from Venlo 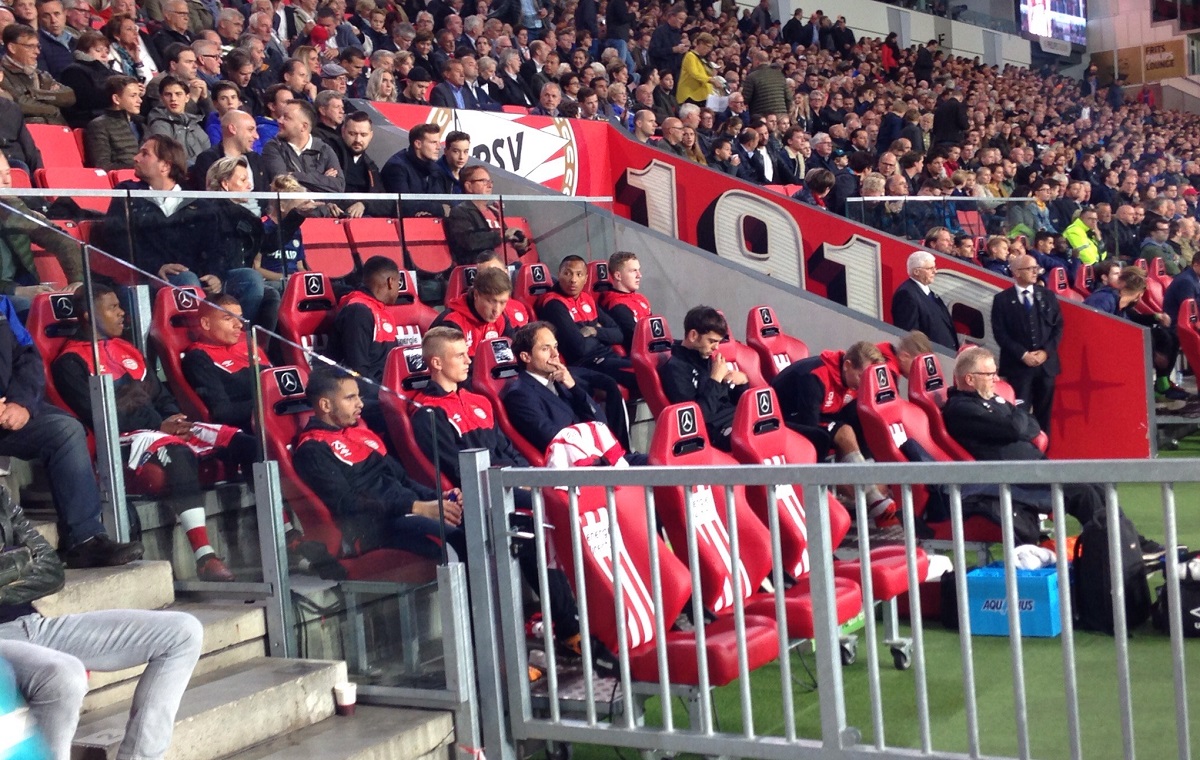 After the qualification matches for the World Cup of 2018 in Russia, all internationals are back in Eindhoven, and all the focus is back on the Eredivisie. Time for an update on the last 1,5 week and a preview of the upcoming match against VVV-Venlo.

PSV on top of the league
Who would have thought PSV starts this new series of matches as the leader of the Eredivisie? With 6 of out 7 wins, most supporters have more or less accepted that for one season there’s only the Dutch competition and national cup to focus on. Lozano has proven to be a fantastic addition to the selection and the team seems to have found a more suiting system for the best players it has to offer. In the coming weeks we’ll see if this is actually the case and if Cocu can keep his men hungry for more points and more goals.

Charity match for Mexico
Last monday, PSV played a charity match against Chucky’s former club, CF Pachuca. Due to the qualification matches for the World Championships in Russia, a lot of internationals were not available to play the match. Without Zoet, Van Ginkel, Locadia, Arias, Pereiro, Lozano, Room, Rosario, Bergwijn, Ramselaar, Lammers, Van Osch and Paal, the match resulted in a 0-0 draw. The good thing was that de Jong, Brenet, Rigo, and Maher again made 90 minutes, plus a lot of talents from the Youth Academy made their debut at the Philips Stadium against a great opponent: Duarte, Verreth, Mauro, Konings, Gakpo and the only 17-year old goalkeeper Kyan van Dorp.

The match, that first was intended to be free of charge but changed into a charity match, was viewed by 12.000 visitors at the stadium. The supporters and stewards brought approximately €30.000,- together for the victims of the earthquakes Mexico.

Next opponent: VVV-Venlo
Hirving Lozano came back from his time with the Mexican selection with an elbow injury. Doctors expect it’s nothing serious. If he can join the group, then almost everybody is fit to start in the basic eleven, coming sunday in Venlo. It’s gonna be an interesting match against last season’s promovendus from the Jupiler League. 21 April 2017 saw VVV become champions and move back up to the Eredivisie after four years of absence. Clint Leemans, a product of PSV’s Youth Academy, played a massive role in the team and is still a strongholder for the yellow-and-blacks from the south east. Damian van Bruggen, the central defender who transferred from Ajax to PSV in 2016, is on loan in Venlo and surely wants to show why PSV should get him back after this season.

VVV has more history with players that are known in Eindhoven, such as Dick Advocaat, Nordin Amrabat, Gerald Sibon, Stan Valckx and Vampeta.  Other signings, like Tijani Babangida, Keisuke Honda, Ahmed Musa, Josué Pesquiera, John de Wolf and Maya Yoshida, prove the Limburgers have a nose for talent and know how to attrack foreign players without being able to offer fantastic salaries.

Difficulties
VVV have had a great start of the current season thusfar and hold a seventh position on the ranking, only one point less than Ajax and the same amount of points as AZ, but with a better goal difference. Also, to mentally switch from qualification matches for the World Cup to a small club in a stadion with a maximum capacity of 8.000 can be really difficult. But PSV is PSV, the players are professionals, the team is on top of the league and there can be no excuses. With a budget that’s 10 times bigger, it is an obligation to take the points home to Eindhoven.

Fun fact about Locadia and VVV
On September 30 of 2012, in a team with Dries Mertens, Kevin Strootman and Mark van Bommel, Jürgen Locadia made his official debut for PSV. In the 67th minute, he replaced Luciano Narsingh, when PSV were leading with 2-0. Locadia wore a shirt with number 19, was almost 19 and needed less than 19 minutes to make a hat trick. He simply showed why he then was called the ‘Messi of the Monday night’; a name he got because of his great performances with PSV U21, which then always played their matches on Mondays. Noone expected it would take Locadia so long to become PSV’s first striker, but this is his season so far. Will he take PSV by the hand and score another hat trick this Sunday?