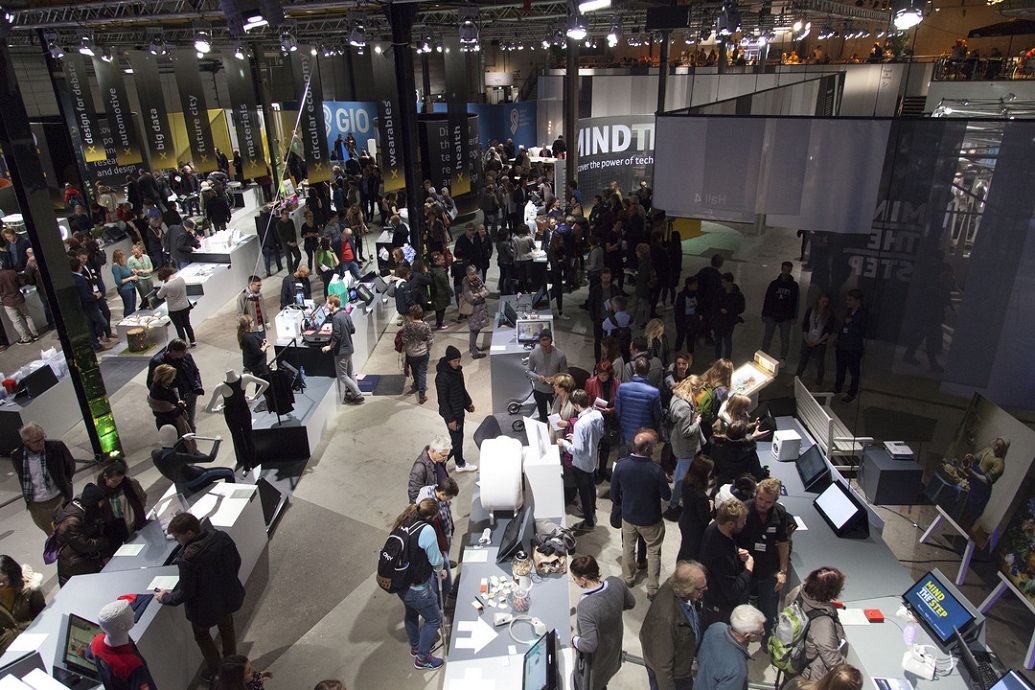 Dutch Design Week (DDW) offers a record number of locations this year where exhibitions, workshops, lectures, etc. can be visited. Last year, there were about 100 locations; this year 110. The organization also expects a considerable increase in visitor numbers.

This year, new locations include the TQ building and the Powerhouse on Strijp-T, as well as the former V&D building in Eindhoven’s city centre. Powerhouse is the new concept of the renowned Van Berlo Design Agency. Inside the V&D building there is a Fashion Promise exhibition, displaying works by graduates of Dutch and international art academies.

Dutch Design Week 2017 is expected to attract far more visitors than previous years: about 400 000. This increase is mainly due to the addition of the new World Design Event. This event aims to place Eindhoven, as a design city, even more firmly on the international map.

One of the main attractions during the World Design Event is a pavilion at Ketelhuisplein on Strijp-S. Design and creativity are also promoted on other squares. Companies, designers and citizens should jointly start to think about the future of their city, and the challenges facing the world. Among the challenges are social issues, such as an ageing population, robotisation, energy scarcity, sustainability and food shortages.