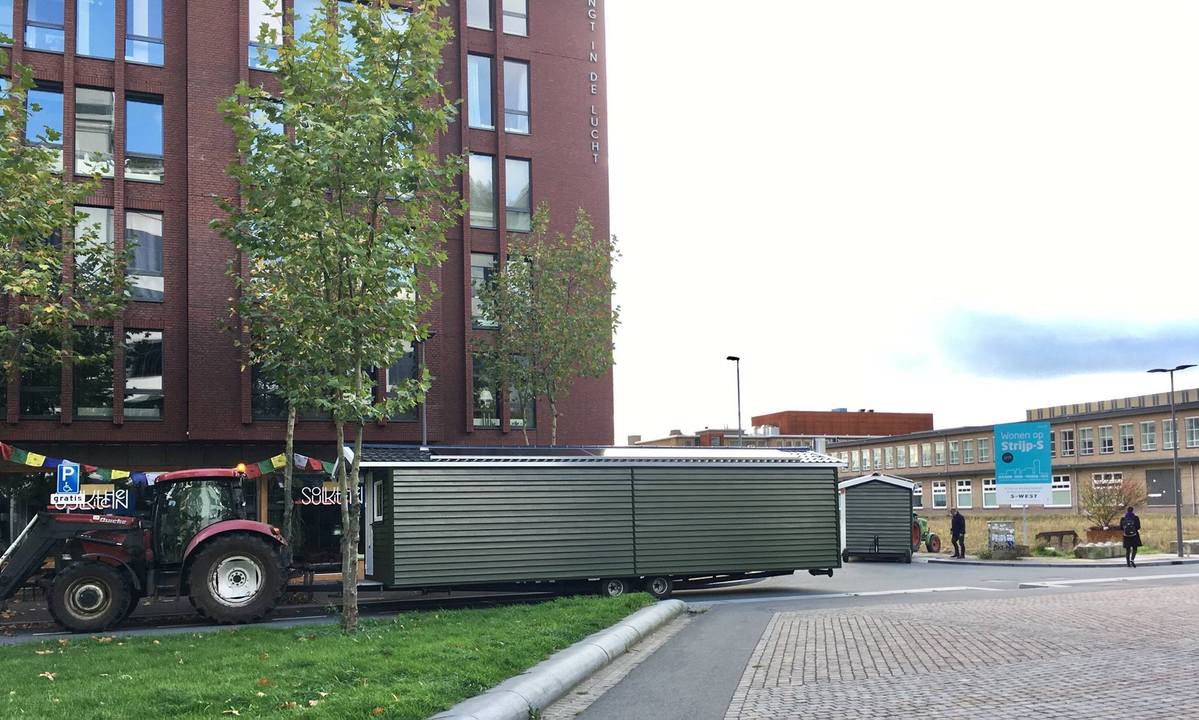 As of Thursday, 250 chickens have taken up temporary residence at Strijp-S in honour of Dutch Design Week (DDW).

With room for 245 chickens and 5 roosters in its current plot, Esther and Peter van Agt’s so-called ‘chicken caravan’ travels between Oirschot and Eindhoven, selling fresh eggs daily through a vending machine.

Chickens in the caravan are raised organic with plenty of freedom, and eventually sold to local store ‘t Bint in Oirschot.

The initiative is part of the Food Heroes program during DDW. After DDW, the chickens will move to the Oirschotsedijk by the A2 viaduct.