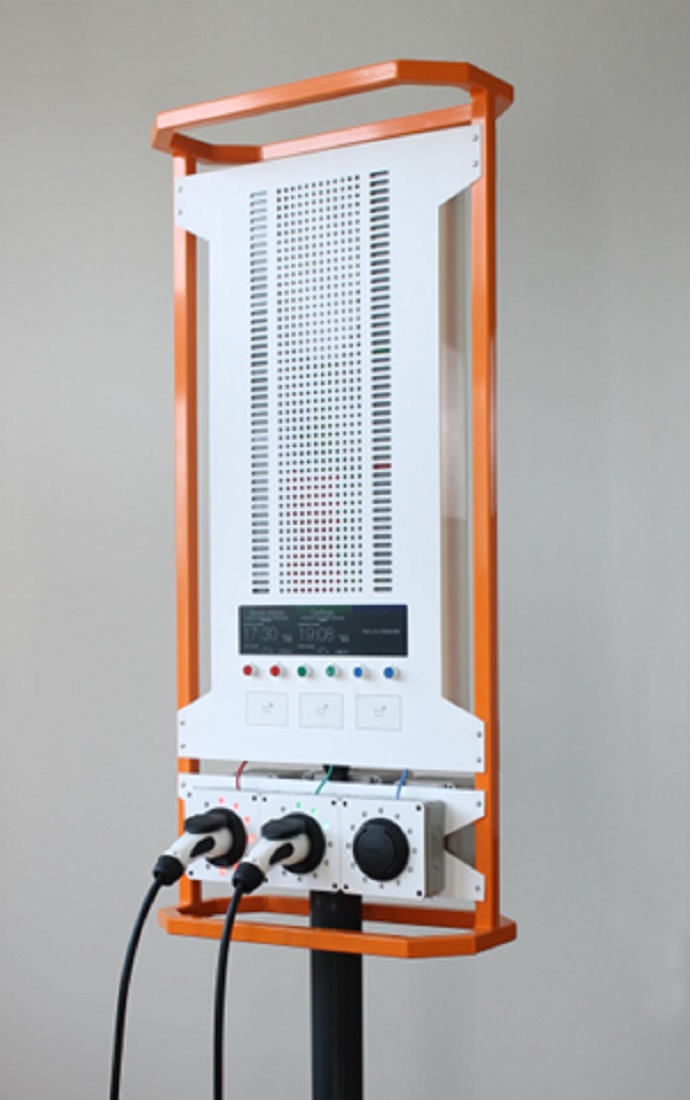 A transparent charging station was presented at the Smart City Congress in Eindhoven on Thursday. Mayor Jorritsma was present at the Lichttoren to unveil the prototype.

It is a charging station for electric cars that can show exactly how much electricity each vehicle uses. In this way, users can get a glimpse into how the technology works. “The aim is to get people thinking’, says Eric van Kaathoven of ElaadNL, the initiators of this project.

It is possible that all cars will be electric in the future. Then there will be central charging station instead of petrol stations. If more than one vehicle is being loaded at the same station, then the electric stream gets divided. A police car can, for example, use more electricity than a passenger vehicle. “Users might find this to be unfair,” says the man behind the idea. “In order to get these discussions off the ground, we thought of this transparent charging station.”

The transparent charging station project was initiated by ElaadNL (a knowledge and innovation centre specialising in smart charging) and Alliander, an energy network company. It was designed by The Incredible Machine.