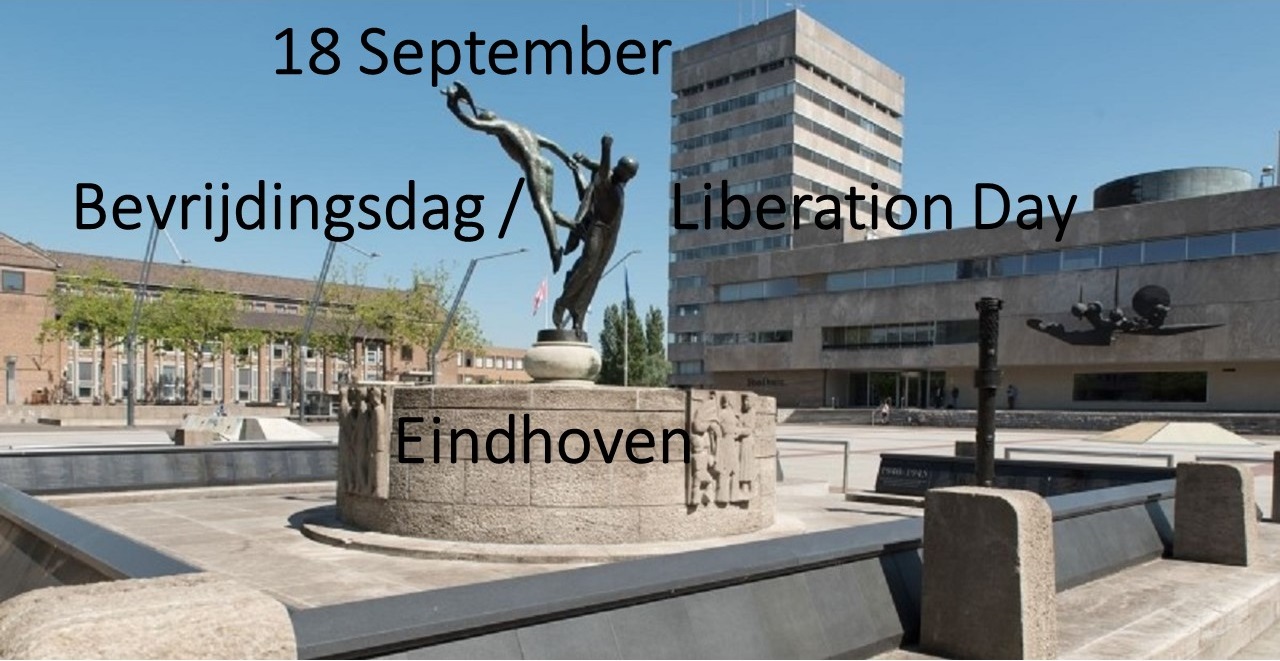 Eindhoven was one of the first few Dutch cities to be liberated from Nazi occupation. It took another eight months for the entire country to be freed. The American 101st Airborne along with the British Second Army secured freedom for this city on September 18, 1944.

The Netherlands celebrates May 5th as Liberation Day, but Eindhoven commemorates September 18th as its own. Local authorities and the September 18 Foundation organize many events to pay tribute, so if you are a history buff or would just like to pay respect; you can take time to be a part of this commemoration.

Tonight is the Torch Light Procession. It starts at 19:45 from the 18 Septemberplein in Eindhoven and it will proceed to the city hall.

By organising  this procession – in which many cultural organisations and sports clubs in Eindhoven participate – the 18 September Foundation (Stichting 18 September) honours not only the many sacrifices that were made during the liberation of the city and its surroundings on 18 September 1944, but also makes young people particularly aware that freedom cannot be taken for granted. In the presence of numerous veterans and military vehicles, the liberation fire enters the city at the end of a long cycling and walking procession from the first French city to be liberated by the allies: Bayeux.

Some more events connected to 18 September:

Eindhoven is the only city in Western Europe that has celebrated its freedom ever since 1945, and on the precise date that the city was liberated by British and American troops.  The paratroopers were airlifted into the city from the north, where the Museum Bevrijdende Vleugels (Wings of Liberation Museum) now stands, and here they met up with the ground forces who had come up from the south. The 650 kilometre long route which took the allied troops 105 days in 1944 is now retraced every year with a burning torch carried by cyclists and runners. During this procession they carry the liberation fire from Normandy to Eindhoven where it culminates in the highlight of the celebration: the arrival of the flame in the Town Hall Square (Stadhuisplein) under the watchful eyes of various military attachés, ambassadors and other dignitaries. It is an honour for many of them to be present, and for most of them it is particularly impressive: “I never realised that Eindhoven did so much for remembrance and timeliness.´