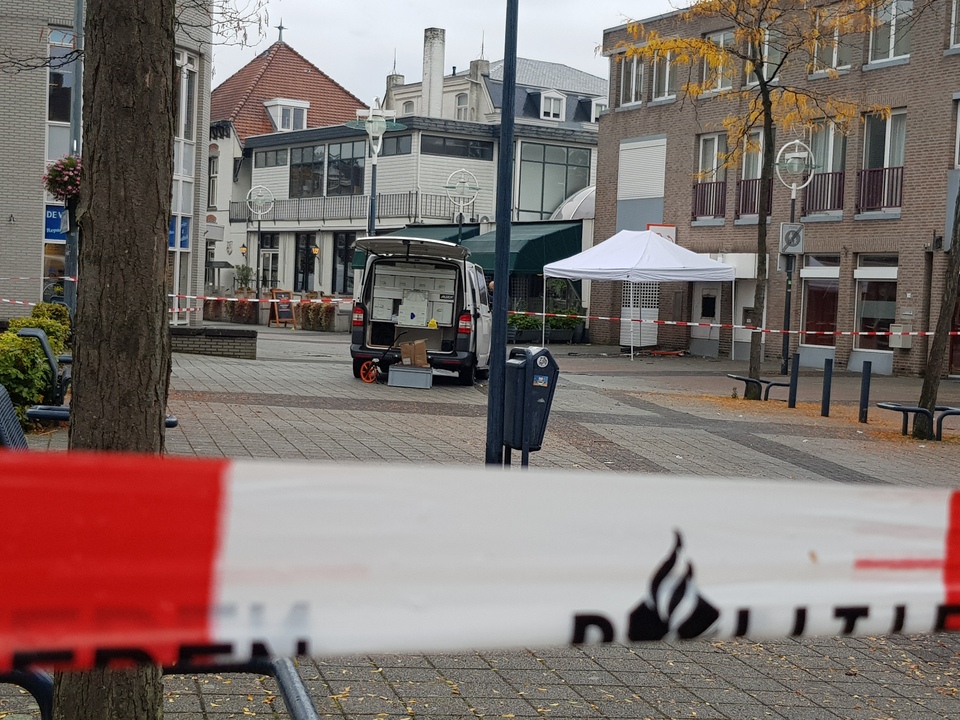 The bank, ING, is ‘very shocked’ by the blowing up of one of its ATMs.  The crime occurred in the early hours of Thursday morning in the centre of Geldrop aan de Heuvel.

The ATM was seriously damaged. The ING branch, which is situated adjacent to the ATM was also damaged. The ceiling has partially collapsed. The ING is taking the action. “We, as a bank, are working closely with police in these kinds of incidents. We want to help find the culprits.”

The residents in the area were also frightened by the blast. “I heard a big bang, which made me sit up in bed. It was really loud”, says one resident.

An ATM is, according to the ING, a very unattractive target for criminals, because of the CCTV cameras, for instance. The bank had already started removing hundreds of ATMs because of increasing criminality. In addition, the demand for cash is decreasing, so ATM are not used as much anymore.

It is not yet known how long the ING branch in Geldrop will remain closed. The shops in the centre of Geldrop, are open for business as usual, despite the blast.