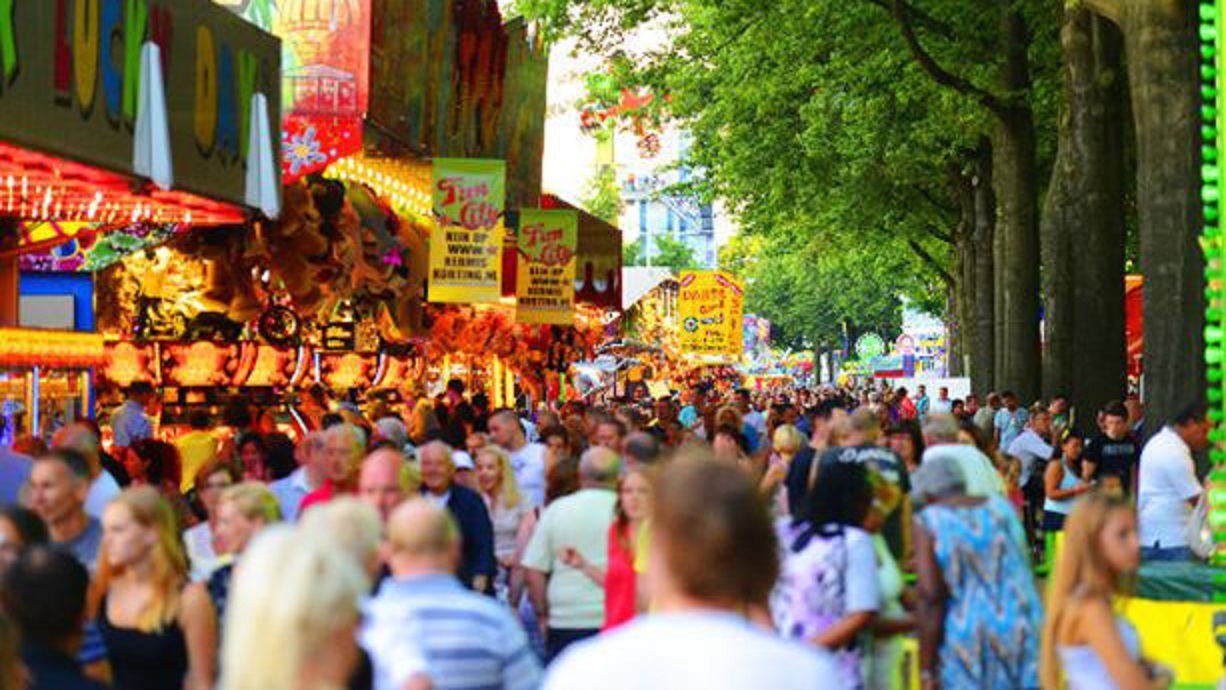 Park Hilaria had a busy first weekend. After opening on Friday afternoon, the Eindhoven fairground attracted 150 000 visitors during its first weekend. According to the organization, this 16th edition got off to a flying start.

Especially the entrance gate to Park Hilaria, at the intersection of John F Kennedy Avenue and Onze Lieve Vrouwestraat, is a real eye-catcher. The Eindhoven fairground numbers over 100 stalls and attractions. In addition, it has various theme-terraces and many free live performances.

Park Hilaria is situated along John F Kennedy Avenue, between Onze Lieve Vrouwestraat and Fellenoord. The fair lasts from Friday, 4 to Sunday, 13 August.