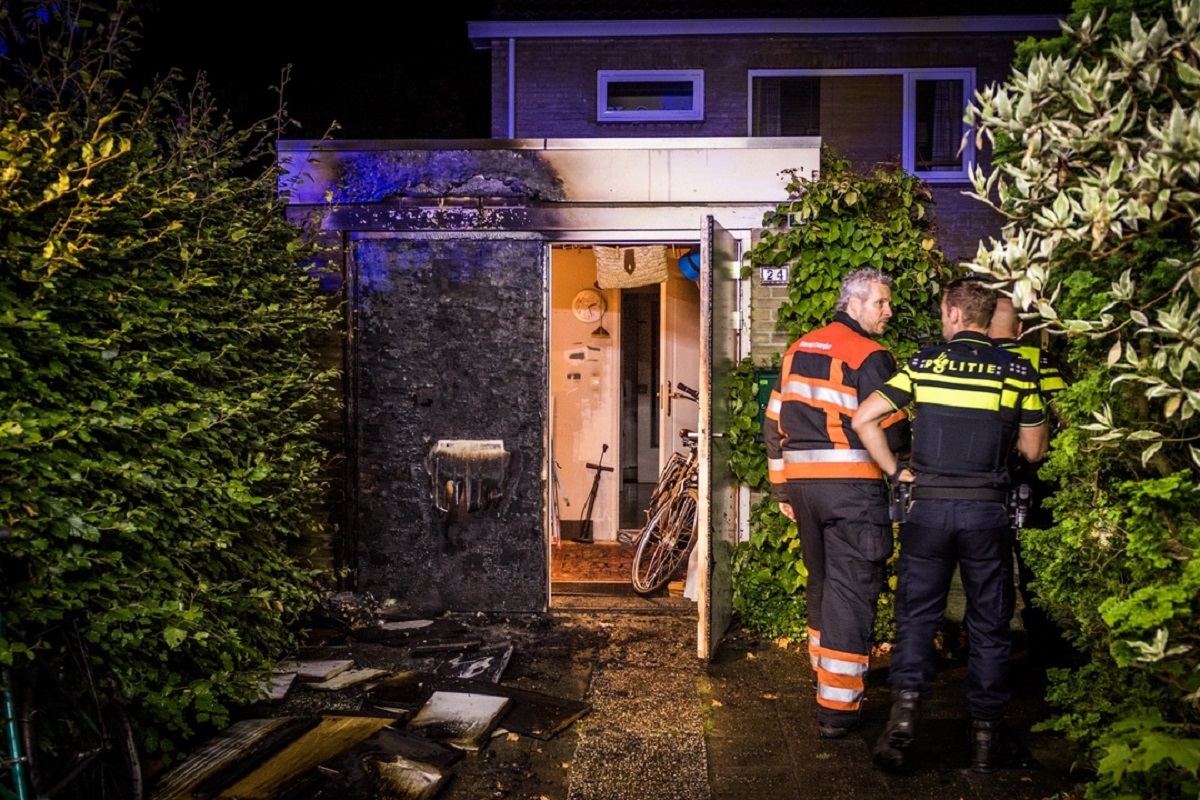 On Thursday night there was a fire at a house in Herikhof, Nuenen.

Just before 02:00 a report was received about an outside fire. A bicycle was burning outside the front door of the house, and on the drive a pile of wood was burning against the garage door.

Because the owners are on vacation the neighbours had already tried to put out the fire with buckets of water.

The fire was quickly brought under control by the Fire Department, and they aired the house, a semi-detached house, against smoke damage.

The police will investigate the arson, since the fire started in two different places while the owners are on holiday.