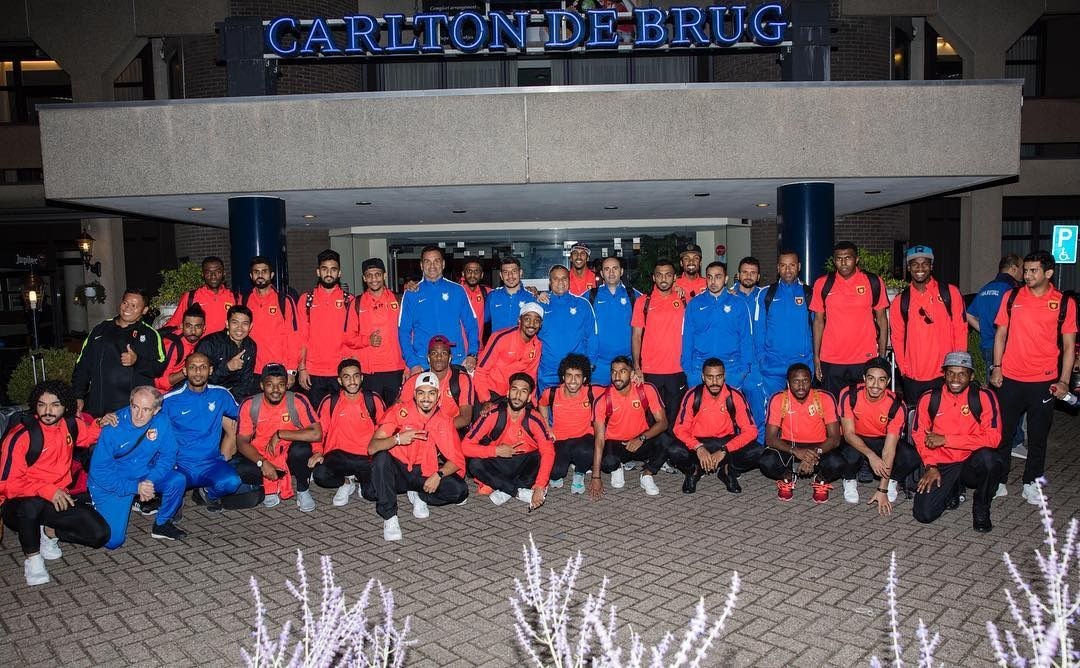 FC Fujairah plays in the second tier of the football league competition in the UAE. Last season, the team finished fourth in this league. They trained on the Mifano fields in Mierlo on Sunday morning and again at 18:30 in the evening.

“El Pelusa” or “Fluff” attracted a lot of attention. In the Netherlands, the Argentine has many fans. A few of them managed to get their photos taken with him when he had lunch on the hotel’s terrace.