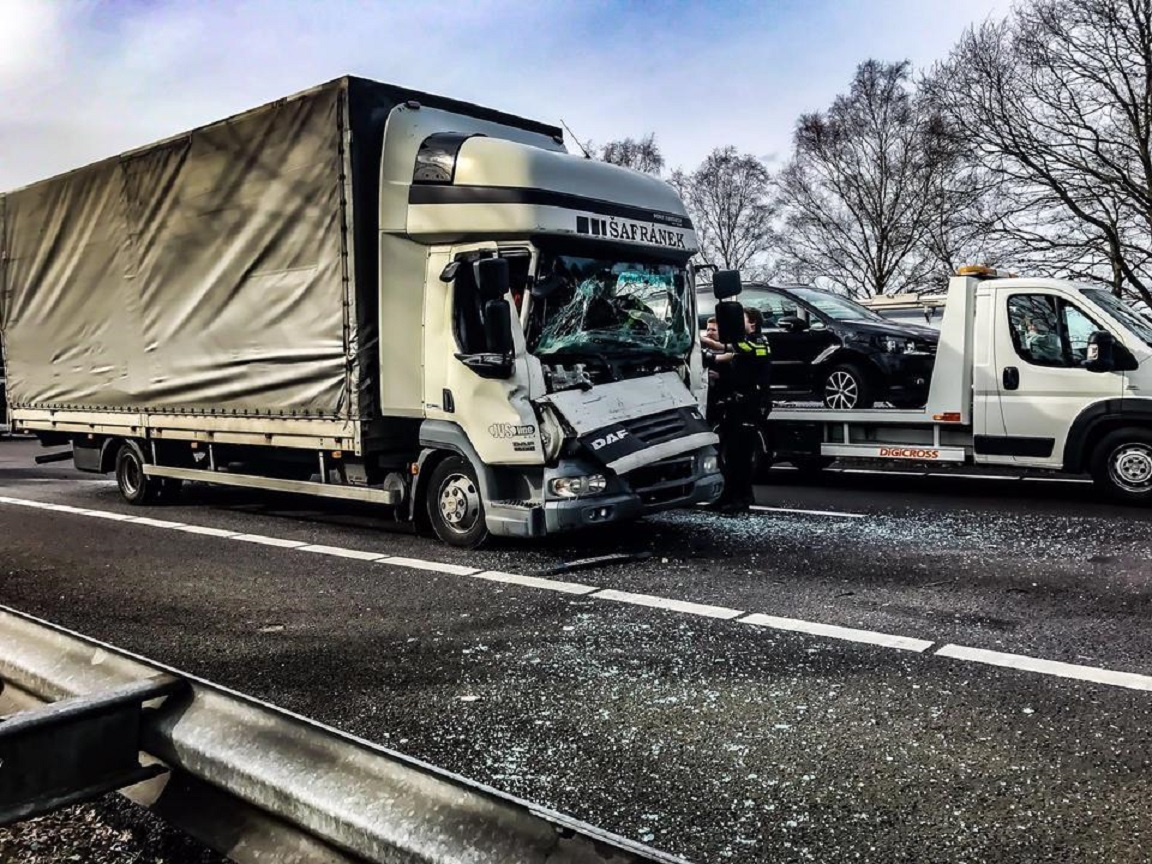 Motorists on Eindhoven’s A67 will see an increase in police inspections following a spate of accidents, police announced on Facebook.

There are 35 casualties per month on the A67 as a result of traffic incidents, with 30% of cases involving trucks, police said.

Checks on the motorway on Wednesday saw 41 motorists caught using their phones at the wheel, as well as 4 drivers without a seatbelt and 2 accused of tailgating.

Regional authorities have been calling for the situation to be addressed for some years. Plans to expand the motorway will be decided on next year, as well as the idea of smart technology to improve safety.

The ANWB had previously opened a hotline in 2015 where motorists could report roadblocks caused by trucks.