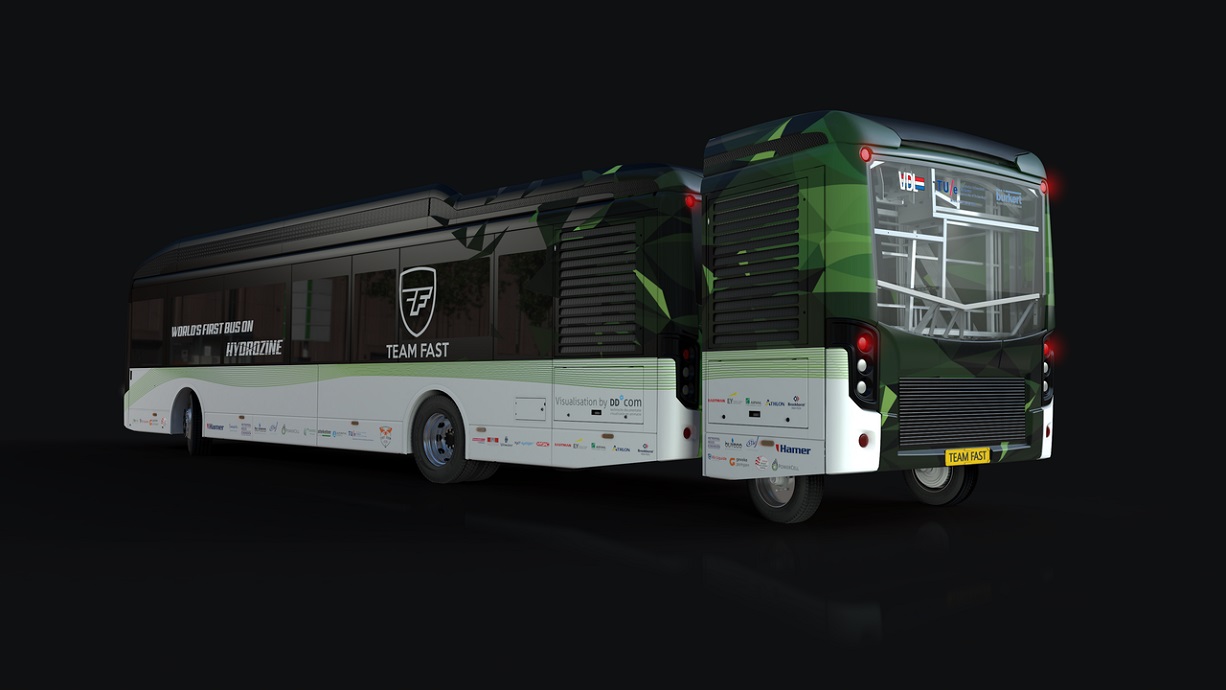 Students from the University of Technology (TU/e) have converted a bus to run on formic acid. This is a type of fuel they developed themselves. The vehicle will be unveiled on Thursday.

Formic acid is a combination of hydrogen and carbon dioxide. It is produced by ants and other insects. This liquid fuel is sustainable, CO2-neutral and safe.

In the vehicle, the hydrogen-carbon dioxide combination is split in a trailer. The hydrogen is used to produce electricity which propels the bus.

A vehicle can travel for longer on hydrogen than on battery power. Usually, one needs large tanks and high pressure to store this substance, but because it is now part of a liquid, it is easier to transport.

Team Fast, as the team of 35 students is known, is conducting the last test. The bus should be able to actually drive by the end of the year.