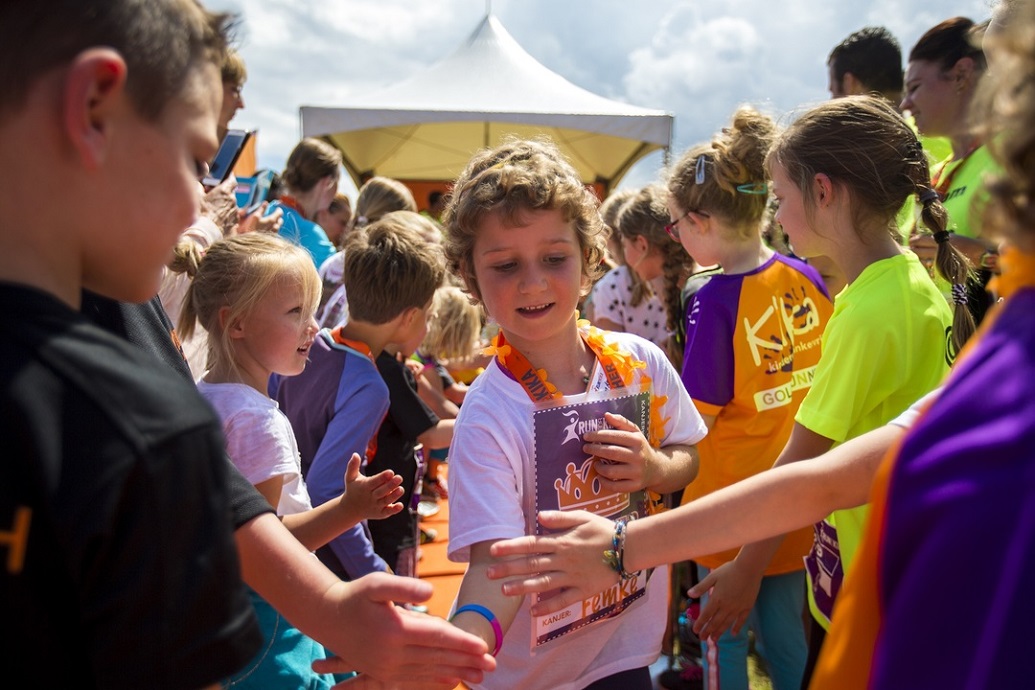 Thousands of runners from Eindhoven and the surrounding areas raised more than EUR 124 000 for childhood cancer research on Sunday.

The runners completed either a 1, 5 or 10 kilometer route for the Kika organisation. This as done under the guidance of, among others, the Knoestjes, Brabant’s court chapel.

Councillor Mary-Ann Schreurs awarded a medal and certificate to sick and cured children at the Kanjerkroning. The Kanjerkroning was an emotional moment at the Run for KiKa. During the ceremony it become clear to everyone why the money collected for the scientific research into childhood cancers is so important.

“It is great that so many people literally sweated to collect money for KiKa”, says Rinske from KiKa. “Together we can make a real difference for children with cancer.”

The Run for KiKa’s revenue will be used for scientific research and better treatment methods. In total, sponsored runs are being held in six large Dutch cities. Last year, the Run for KiKa raised EUR 1,1 million in total.